YOU ARE HERE:Home » Anniversaries » Koelbel and Company Celebrates 70 Years of Development in Colorado
AnniversariesCRE PeopleDevelopment

Koelbel and Company Celebrates 70 Years of Development in Colorado 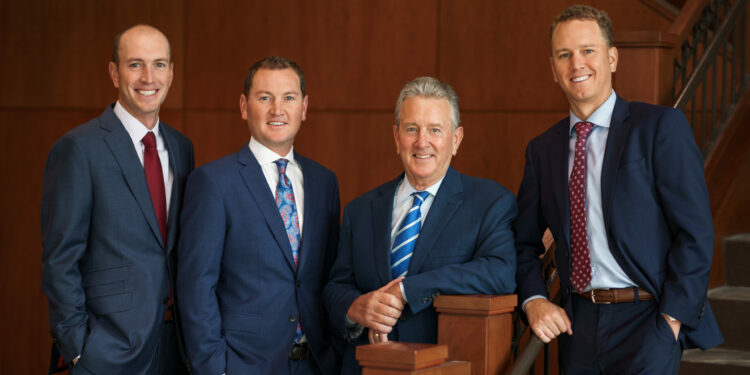 Koelbel and Company, one of Denver’s oldest and most esteemed real estate developers, is celebrating its 70th anniversary this month, enhancing lives through the creation of legacy communities throughout Colorado—and recently expanding its commercial investment division nationally.

Through the decades, the family-owned business has experienced adversity, market fluctuations, record-setting transactions, and many incredible milestones — always prevailing as a leader in both business and as a champion for the community. Their work has changed the local landscape through the creation of dozens of residential and commercial communities and thousands of homes as well as numerous invaluable contributions through their philanthropy.

“Koelbel and Company has continued to be successful despite economic ups and downs and increased competition thanks to a long-term and multi-generational view of the business based on our founder, Walt Koelbel’s, credo ‘patience is genius’ and ‘land is precious,’” said Walt “Buz” Koelbel, Jr. who was just eight years old when Pinehurst, the company’s first major project, opened in 1960. “The real estate business, and particularly the development business, requires constant community involvement, a long-term focus, and a respect for the land that transcends the bottom line.”

With three generations of history and over 70 years in business, there have been more than a few milestones for the company:

“For Koelbel and Community, a focus on building legacy communities means more than simply focusing on residential development. Community exists in the places that we work and play as well. Understanding that is a key insight to creating timeless communities of all types,” said Carl Koelbel, COO of Koelbel and Company.

For the Koelbel family community means more than just real estate and over the last seven decades, they have always been very active in the community — and believed that education, at all levels, is a critical foundation for the future of the state and country. A large focus of their philanthropic contributions have been in multiple areas of the education arena including: the donation of the central library facility for the Arapahoe County Library District; the dedication of the Koelbel Building at CU Boulder’s Leeds School of Business; over 50 years of support for the Sewall Child Development Center, which recently named its new school campus after Walt and Gene Koelbel; the 20-year tenure of both Buz and Sherri Koelbel serving on the Board for Economic Literacy Colorado which empowers Colorado’s K-12 teachers/students to teach/learn the fundamental economic and financial decision-making skills necessary to achieve a lifetime of economic understanding and financial security (including the annual Koelbel Enterprising Teacher of the Year Award; and the $2M capital commitment to the new Sea Lion Habitat at the Denver Zoo). Three generations of the family have been active on the boards of the Denver Zoo and Denver’s Museum of Nature and Science. Thanks in large part to Koelbel’s contributions, the Koelbel KUVO JAZZ Studio recently opened in Rocky Mountain Public Media’s (RMPM) new community-focused Buell Public Media Center in Denver’s Arapahoe Square.

Koelbel and Company remains a true family business. After many years pursuing other endeavors, Buz’s three sons now all work for the company in various capacities and are leading the company in new directions.

“Koelbel is proud of its 70-year history but is even more excited about what the future brings for the company,” said Carl Koelbel, Chief Operating Officer at Koelbel and Company. “The values we’ve created over the past seven decades will ensure we maintain our legacy well into the future.”