YOU ARE HERE:Home » Construction » Landmark Preservation Votes in Favor of Landmark Status for Denver7 Building
ConstructionDevelopmentMultifamilyOffice 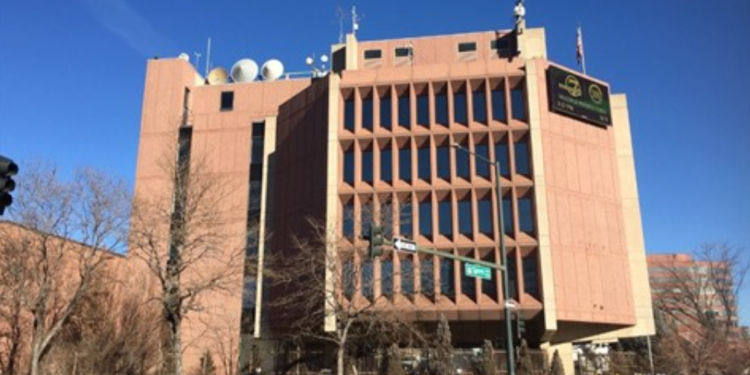 Denver’s Landmark Preservation Commission recently voted 6-1 in favor of designating the Denver7 building, located at 123 E. Speer Blvd., an historic landmark. The landmark designation would prevent the sale of the property to a development company that wants to build multifamily housing on the site.

Scripps Media, the parent of KMGH Denver7 is the owner of the KMGH Studio building, wants to sell the building to Property Markets Group (PMG), a New York City-based developer. A public hearing before Denver City Council, which is scheduled for May 10, will ultimately decide the buildings fate.

Built in 1969 and property is comprised of a five-story octagonal office tower, five-story stair tower, and two-story studio and garage and contributing historic landscape features. The architect was Raymond A. Bowers, Fulmer & Bowers, Princeton, New Jersey and the builder was N. G. Petry Construction Co., Denver. The building is currently used as a communications facility: Television and radio broadcast studios and offices and the site is currently zoned for up to 12 stories of mixed-use development.

According to city documents, the digital signage, antennas, satellite dishes, and other equipment attached to the building are non-contributing given their presumably recent installation and/or temporary nature and are not included in the resource count, but considered part of the primary structure. The historic concrete walkways, driveways, and plazas surrounding the building are counted as a single contributing feature of the property and the metal picket fencing at the base of the tower is a non-contributing element of this feature.

According to Landmark Preservation, “The building embodies the history of KLZ and serves as a physical representation of television industry’s explosive growth during the 1960s, and its continued dominance in the following decades, as the preeminent source of news and entertainment for Denver-area residents.”

Photo courtesy of City and County of Denver