YOU ARE HERE:Home » Construction » LoDo is Denver’s Top Neighborhood for Apartment Construction
ConstructionDevelopmentMultifamilyReports 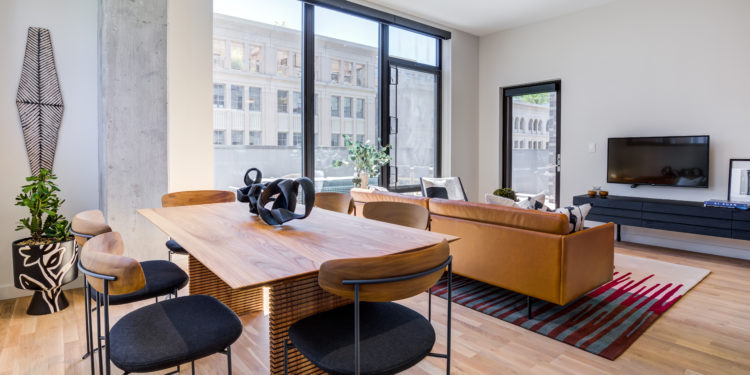 Urban areas have witnessed an apartment boom in the last five years, as a whopping 1.6 million new rentals hit the market nationwide. After analyzing construction data for the 50 largest U.S. cities, RentCafe—a nationwide apartment search website—went in-depth to identify the hottest neighborhoods for new apartment deliveries. As it turns out, the most centrally located areas saw a surge in renter interest.

Denver has no less than 17 neighborhoods hot for construction that delivered around 19,600 new units. Three of these neighborhoods built more than 2,000 new rentals in five years, making up a quarter of the city’s recent supply. 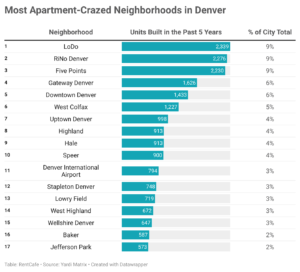 To read more about the top apartment-crazed neighborhoods in the country, read the full study here.