YOU ARE HERE:Home » Development » McWHINNEY to Add Three Industrial Buildings at Centerra
DevelopmentIndustrial 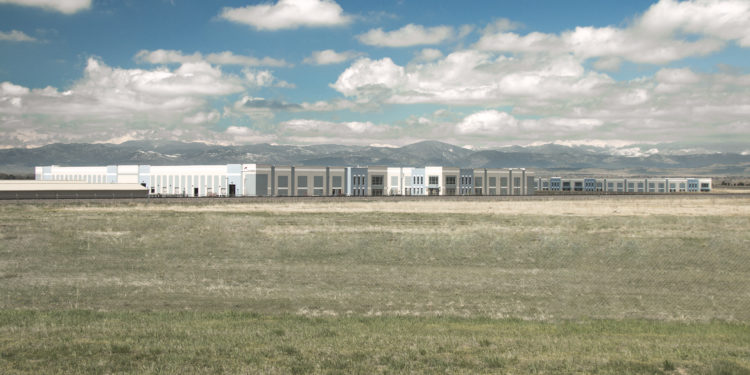 McWHINNEY, master developer of Centerra, has announced plans for an additional 360,000 square feet of Class A industrial space across three new buildings at its Centerra Industrial expansion in Loveland. The campus’ three existing developments, totaling 291,000 square feet, are fully leased.

Centerra Industrial is located a half-mile from Interstate 25 with direct access to U.S. 34 and regional access to Interstate 70 and Interstate 80. The industrial campus is adjacent to the Northern Colorado Regional Airport and benefits from its proximity to a variety of amenities, including shopping, dining, entertainment, recreation trails and open space.

The three planned buildings will each offer 123,000 square feet and upon completion will bring the industrial campus’ total square footage to more than 650,000. The first of the three new buildings breaks ground this week and will deliver next summer, with a second groundbreaking scheduled in January.

“Northern Colorado’s continued strong economic growth and the buildings’ proximity to the I-25 corridor are key factors for the site’s continued development,” said David Crowder, general manager of Centerra and vice president of community development for McWHINNEY. “We’ve been focused on increasing our industrial, warehouse and distribution offerings to support the growing demand in northern Colorado and we look forward to the economic impact future tenants will bring to the state’s strongest-growing region.”

The campus’ latest addition, consisting of 123,000 square feet of Class A warehouse space, was completed earlier this month. The site’s first two industrial buildings each offer 84,000 square feet and were completed in 2016 and late 2017.

“Consistent with McWHINNEY’s approach on all our assets, these new buildings will represent best-in-class industrial space in a central location, ideal for companies looking to consolidate, relocate to or expand in the northern Colorado region,” said Clyde Wood, vice president of commercial development for McWHINNEY. “Given our past success with this product type and extensive land holdings, we feel confident in our competitive advantage and intend to continue delivering prime industrial space on both a build-to-suit and speculative basis.”

“McWHINNEY has developed an attractive and flexible product that is meeting the demands of the marketplace at a very competitive price,” said Eyer. “Given the low vacancy rates in the industrial market and lack of available product, I expect the success of Centerra’s industrial offerings to continue for the foreseeable future.”