The economic development group has been gathering and analyzing competitive data for more than 20 years, with the first TMCC report packaged and released in 2005. This year’s report evaluates Colorado’s position nationally and compares those rankings to the nine states we compete against most often for business attraction and investment across 30 key indicators.

The study is researched by the Metro Denver EDC’s Chief Economist Patty Silverstein, of Development Research Partners, and used to educate and advise policymakers, elected officials, and business and civic leaders as they consider legislation, programming and investments moving into the new year.

This year’s data shows that Colorado has continued to hold its own relative to talent and our concentration of high-tech employees – two areas that have grown in significance to companies considering our state, particularly in the context of workforce shortage and the surging tech industry. Notably, Colorado has again retained its No. 2 ranking (behind Massachusetts) among the nation’s most highly educated states. As in years past, Colorado has also performed well in the categories of health and wellbeing, with the state ranking No. 1 for lowest obesity prevalence, No. 2 in levels of physical activity (2019) and No. 9 for overall livability.

Yet, as the Metro Denver EDC has continued to monitor and respond to the pandemic’s impact on our economy, a couple of key areas of decline highlighted in the TMCC report are worth noting.

While Colorado maintained its top-10 ranking in nearly half of the indicators studied, the data illustrates a handful of challenges our state faces ­– particularly related to employment, entrepreneurship, education, and transportation funding. Declines in these areas signal the need for continued vigilance and involvement from our partners across the business community and the public sector. Most notably:

“Talent and lifestyle continue to be our areas of excellence in Colorado,” said Raymond Gonzales, president of the Metro Denver EDC. “And while those selling points are key to our efforts to attract companies in 2022, particularly given the pandemic and workforce shortage, the real story here is where Colorado is starting to slip.”

On top of the declines noted above, it’s worth recalling that earlier this fall, Colorado dropped from the 11th most business-friendly state to No. 29 in just one cycle of CNBC’s Top States for Business Rating. The Metro Denver EDC estimates that this decline is in large part due to our policy environment.

“We hear often from executives and site selectors who are concerned with where Colorado’s policy environment is headed. They are especially concerned with the increasing cost and regulatory burden of doing business here. Policy choices are being reflected now in data,” added J. J. Ament, president and CEO of the Denver Metro Chamber of Commerce. “We fully supported efforts related to addressing the pandemic. But we also need to articulate to policymakers at all levels of government how some of their policy choices are actually making the recovery harder – and slower – and less equitable for Colorado residents.”

The report findings, coupled with soaring housing costs and a shortage of workforce housing inventory are points of concern when it comes to Colorado’s competitiveness as a leading state in which to live and work. The analysis found that while Metro Denver had the 3rd lowest increase in median home price among the largest metro areas in each state from 2019 to 2020, the area still ranked as the nation’s fifth most expensive housing market.

“Housing inventory and cost continue to be a challenge for Colorado,” said Silverstein. “It’s unrealistic to think that a company would choose our community for relocation if their team can’t find or afford a place to live.”

As the Metro Denver EDC and broader Denver Metro Chamber look ahead to the state’s legislative session, leaders are continuing to ask for discipline when it comes to the regulatory and policy efforts of partners at the state capitol.

“We see this data as a call to action for our business community and partners at the statehouse,” added Gonzales. “It’s become crucial that we recognize what’s at risk and work together to address the challenges we face.” 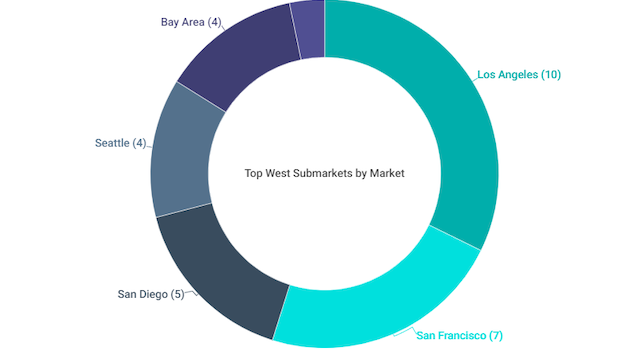