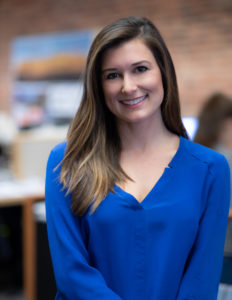 Shears Adkins Rockmore (SA+R) has brought on Claire Morris, who was most recently with Tryba Architects, as an Urban Designer.

Claire’s career experience to-date has included navigating large master planning work through design and entitlement in Denver and Aurora. Prior to moving to Denver, Claire managed mixed-use real estate development projects, serving as a liaison between design professionals, municipalities and on-site project construction managers. She also previously worked as a planning intern for the City of Tuscaloosa and helped develop a downtown overlay plan that focused on the revitalization of the town’s historic Main Street district.

Claire earned a Master of Urban Design at the University of Miami and a Bachelor of Science in Commerce and Business Administration and a Minor in Regional and Urban Planning from the University of Alabama. She is a member of the Urban Land Institute (ULI). 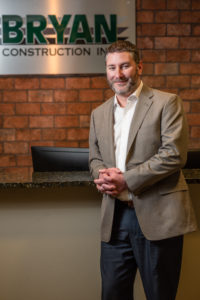 Bryan Construction is experiencing record breaking growth, amounting to $300 million in backlog for 2020. In response to their growth, the construction company has implemented a new leadership structure to improve support and allow for organizational responsiveness across all construction groups (Federal, Southern Colorado, Denver, Northern Colorado and Multi-Family).

Succeeding President Brian Burns brings more than 20 years of industry experience in various capacities, including operations, preconstruction, finance, legal risk management, and strategic planning. Most recently, Brian was executive manager of Bryan’s Facility Services Group. He graduated from Colorado State University with a degree in Construction Management. Brian is a dynamic leader with a passion for growth, innovation, and client relationships.

In his role as Vice President of Operations, Doug Woody will oversee our Denver and Southern Colorado offices. Doug has more than 20 years of industry experience, and, most recently, he served as Executive Manager for the Southern Colorado Commercial Group.

Brian Hogan has been promoted to vice president of operations, overseeing our Federal, Multi-Family, and Northern Colorado groups. With more than 20 years in the construction industry, Hogan was most recently the executive manager of the Federal Group.