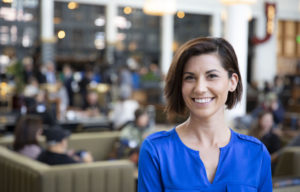 Denver Union Station announced this week that Sarah Hendricks is now serving as director of Community Relations & Marketing at the historic train station.

Hendricks most recently spent more than three years as the director of Marketing for Delivery Dudes, a South Florida-based food delivery service that she helped grow to 45 locations nationwide. A graduate of Florida Atlantic University, she also previously served as an account supervisor at O’Connell & Goldberg Public Relations and as a marketing communications manager at Florida’s Trump International Beach Resort.

“Sarah is a passionate leader and we are thrilled to have her on the Denver Union Station team,” said Tiffany Owen, general manager of Denver Union Station and The Crawford Hotel. “Sarah will be focused on leveraging partnerships and sponsorship opportunities with a wide variety of Colorado businesses.”

Denver Union Station re-opened in July 2014 after undergoing a massive $54 million renovation. Today, the urban transit hub is known as “Denver’s Living Room,” offering an eclectic mix of 14 Colorado restaurants and retailers, including Mercantile Dining & Provision and Stoic & Genuine, along with the award-winning Crawford Hotel with 112 luxuriously appointed guest rooms.

Matrix Group, Inc. (MGI), a local full-service and privately owned commercial real estate company in Denver, announced the shift in roles for three of its top employees.  John Webb, co-founder of MGI in 1994, has moved from the role of president to become CEO and senior asset manager.  As a result of this change, Allison (Alli) Stover now assumes the role of president for MGI, having served as vice president of Operations since 2017.  In addition, Natasha Zomcik fulfills the role of asset manager, a seamless transition from her previous role as assistant asset manager.

In his new role as CEO/Senior Asset Manager, John works with the president and asset manager on the direction of the company and its portfolio, together ensuring that all functions work cohesively together towards Matrix Group’s mission and core values. He is also able to split his time between Denver and his new home on Whidbey Island in Washington.

“Alli sees my vision for Matrix Group and is combining it with her own to use our company’s years of experience in an innovative, forward-thinking way” said John of Alli’s new role as president.  “Natasha’s enthusiasm for her new role and her dedication to creating the best product ensures that she plays a strong role in achieving the best results for our investors,” he added.

As President of MGI, Alli oversees the day-to-day operations of the company, including the leasing, property management, maintenance and accounting departments.  She also leads MGI’s investment property acquisition, disposition and refinancing efforts alongside John.

“John has led Matrix Group over the last 25 years in a way that promotes individual success as well as company growth.  It has been an exciting journey to watch as the success of our team members has led to a dynamic shift in company operations, and almost every department has been restructured over the past year.  I’m excited to lead Matrix Group into the future with the same drive and enthusiasm that John created when he began,” said Alli.

In her new role, Natasha serves as asset manager for MGI by working with various members of the Matrix team to maximize the performance and value of the portfolio, formulating and implementing long-range asset management strategies, and overseeing capital and tenant improvement construction projects. 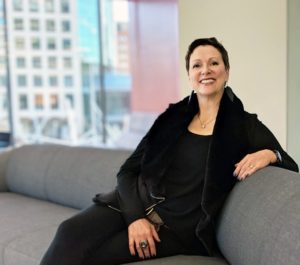 In her new role, she will bring her passion for design conception and development and strong client relationships to Gensler’s hospitality interiors practice across the region.

“We are incredibly excited to have Kate as a part of the Gensler family,” said Jon Gambrill, managing director, Gensler. “Kate’s depth of experience, approachable demeanor, and passion for her work is an amazing addition to our region and office.”

“I’m thrilled to be a part of such an outstanding firm and community both from a professional and a personal perspective,” said Cropsey. “To have the opportunity to work alongside the immense talents within Gensler, to inform and infuse all types of interiors with my hospitality passion and experience, and to return to my hometown of Denver, Colorado makes me ecstatic about the limitless possibilities.”

Most recently, Cropsey was principal at Simeone Deary Design Group in Chicago and prior to that she was vice president of Interior Design at The Gettys Group. Some of her notable past work includes The Blackstone Hotel Chicago, The Hotel Allegro Chicago, The Westin Abu Dhabi Golf Resort & Spa, Le Meridien/AC Denver, and the recently opened Crossroads Hotel Kansas City. She holds a Master Degree of Interior Design from the Interior Design Institute of Denver. 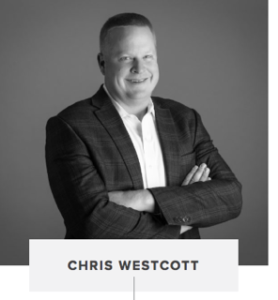 “We are excited to welcome Chris to the Black Creek Group team as he brings more than 20 years of experience within the multifamily industry,” said Raj Dhanda, Black Creek Group’s chief executive officer. “With exposure to property management, asset management and acquisitions–executing more than $1.5 billion of transactions during his career–Chris has the skill set that is needed to expand the firm’s capabilities and reach as we continue to focus on diversifying our real estate presence within the United States.”

Mr. Westcott most recently served as director of Acquisitions for BMC Investments, where he assisted in developing the company’s strategy and investment thesis as it pertained to the expansion of its multifamily platform. Prior to that, he served as vice president of Acquisitions for The Wolff Company where he executed more than $300 million in multifamily transactions. 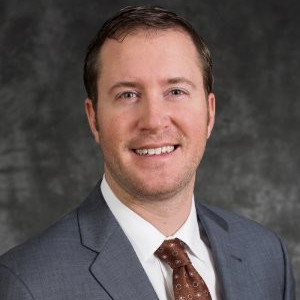 Cushman & Wakefield has hired Thomas Bannigan as an Industrial broker associate in Denver. He will be working with Chris Ball, managing director, of one of the firm’s Industrial teams.

“Thomas is a great addition to the team. We look forward to his positive influence in serving clients with his integrity and creativity,” said Ball.

Prior to Cushman & Wakefield, Thomas worked as a broker associate at Avison Young. He holds a Bachelor of Arts in Business and a Minor in English from Regis University. Outside of work, Thomas is an avid fly fisherman, enjoys rock climbing, international travel and golf.