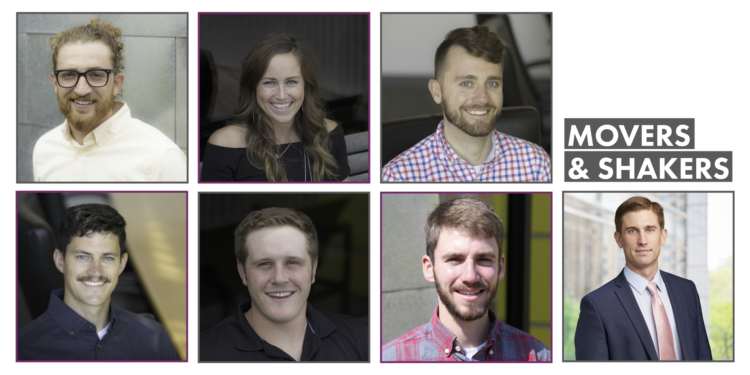 Norris Design, a national planning, landscape architecture and branding firm, announced the promotion of Kayleigh Robinson and Jared Sickmann to senior associate, as well as the promotion of Chris Shaw, Isaac Prudhomme, Jeremy Lott, AICP and Ty Robbins, AICP to associate, in its Denver and Fort Collins offices.

Kayleigh Robinson rejoined Norris Design in 2018 as a landscape designer and planner specializing in large land planning, design development, rezoning and site/master planning efforts. Her current projects include the Parterre development in Thornton and the multifamily development Alexan Evans Station in Denver.

Jared Sickmann joined Norris Design in 2016, then later moved to the Fort Collins office when it opened in 2018. Jared has gained experience on a variety of parks and recreation, mixed-use, multifamily and resort/hospitality projects. He has experience with a wide variety of submittals from site development plans through construction documents. His recent projects include Colliers Hill in Erie, the University of Wyoming Lewis Street Corridor renovation in Laramie, the US Air Force Academy Falcon Stadium Modernization in Colorado Springs and the Northwest Crossing development and Icon Apartments in Bozeman, Montana.

Chris Shaw joined Norris Design in 2021 as a graphic designer. With more than 20 years of experience in Adobe Creative Cloud software, his current projects include branding for the Foote’s Rest development in Frisco and Hotel Celare in Cincinnati, Ohio, and the branding and signage for Seasons at Meridian in Treasure Valley, Idaho.

A landscape designer inspired by the challenge of integrating complex design into the technical realities of the profession, Isaac Prudhomme joined Norris Design in 2018. His experience in municipal projects, mixed-use developments, streetscape design, retail developments and a variety of residential projects allows him to produce complex graphics as well as efficient plan sets. His recent projects include Buckley Yard in Aurora, Life Time Fitness in Wheat Ridge and Castle Pines, the Midtown community in Denver, the tennis and pickleball court complex at Robert F. Clement Park and the Southshore development in Aurora.

An urban planner with more than 10 years of experience working for municipalities and transit agencies, Jeremy Lott, AICP is skilled in interpreting and crafting narratives to explain code—always considering its intent. His current projects include master-planned communities such as Dawson Trails in Castle Rock, Independence in Elbert County and DHI-Telluride in Brighton.

Ty Robbins, AICP is a certified planner with more than 10 years of experience in planning for housing, commercial and retail developments. He is skilled in technical code research and due diligence, permit and entitlement approvals and negotiation between developers and municipalities. His recent projects focus on single-family and multifamily housing, including
Sunset Point in Castle Rock, Avilla Residential in Castle Rock, Camden Yard Baker in Denver and Cottages at Gateway in Denver. 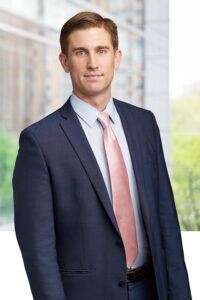 McCaffery announced the promotion and relocation of Malcolm Craig to vice president of McCaffery’s Denver office. Malcolm has served as portfolio manager for The University of Chicago since 2020, overseeing The University’s 1.1-million-square-foot commercial investment portfolio in Hyde Park, Chicago.

In his new role, Malcolm will be the face of McCaffery in Denver, acting as the regional office’s senior development, construction and investment officer. Additionally, he will work closely with McCaffery’s property management, leasing and marketing teams to grow the McCaffery footprint in the Denver region and oversee the company’s 275,000-square-foot portfolio of development and commercial leasing projects.

“McCaffery has more than $100M of development and leasing projects underway in Denver, and we’ve recently acquired a site that, when fully planned, will likely represent an additional $65 million investment in RiNo. Denver has become a major market for McCaffery, and I am confident Malcolm will represent the company in the highest possible light,” said the firm’s CEO, Dan McCaffery.

Malcolm began his career with McCaffery in 2016 as an associate in McCaffery’s Denver office working closely with former Managing Director Glen Sibley. He was relocated to Chicago in 2018 to serve as Project Manager of Development for Lincoln Common, a 6.04-acre site in the Lincoln Park neighborhood, which is now home to 100,000 SF of retail, 528 Class A apartment
units and a 32-unit boutique condominium building. Malcolm was instrumental in leading community and partner relations for the dynamic project and upholding McCaffery’s superior standard of work. Malcolm holds an MBA in Real Estate Development from the University of Colorado Leeds School of Business and a Bachelor of Science in Finance from Virginia Tech.