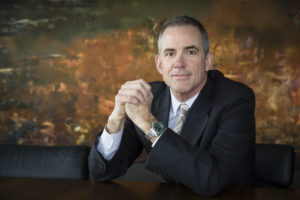 McWHINNEY announced the addition of industry veteran Ray Pittman to its senior leadership team. As President and Chief Operating Officer for McWHINNEY, Pittman will manage the strategic direction and day-to-day operations of the company.

Pittman most recently served as global chief client officer for CBRE, overseeing account management and client experience programs. His past roles also include president and CEO of CBRE’s Pacific Region, where he managed more than 2,500 employees in 22 offices across Australia and New Zealand, and senior vice president of Catellus Development Corporation in Colorado.

“Ray is an accomplished leader who brings with him more than 33 years of commercial real estate experience, and we’re very humbled to attract his talent,” said Chad McWhinney, chief executive officer and co-founder of McWHINNEY. “Given McWHINNEY’s continued growth, we are thrilled to bolster our already outstanding team with the addition of an executive of Ray’s caliber and esteem.”

“I am very much looking forward to the opportunity to join McWHINNEY,” added Pittman. “McWHINNEY has cemented itself as a top real estate investor and developer and I am eager to leverage my managerial and development background as we work collaboratively to grow the business.”

With the addition of Pittman to McWHINNEY’s senior leadership team, Peter Lauener will focus his efforts and expertise toward building and advancing the company’s development efforts as president of development.

Pittman will officially join McWHINNEY in early October and rounds out the company’s executive leadership team.