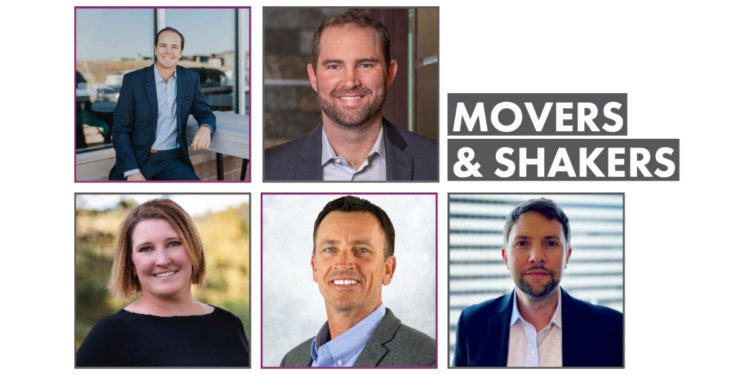 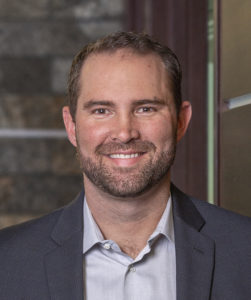 Mortenson recently announced that Brian Fitzpatrick has been promoted to vice president and general manager of its Denver team, while Gene Hodge will take over leadership of Mortenson’s national innovation and industrialization strategy.

“Over the course of his 14 years at Mortenson, Brian has proven himself time and again to be an outstanding leader and construction professional,” said Maja Rosenquist, senior vice president at Mortenson. “Having worked with Brian, I know he is absolutely dedicated to our ideals, and I’m confident he will make an incredible addition to the Denver team.”

Originally from Louisville, Colorado, and a graduate of Colorado School of Mines, Fitzpatrick joined Mortenson in 2007 to relocate to the Phoenix office as a project engineer. Through his time with Mortenson, he’s worked in various roles for the company, most recently rising through the ranks to become director of operations for the Phoenix office in 2018 and eventually vice president earlier this year. During his 14 years with Mortenson, Fitzpatrick has lead and supported some of Mortenson’s most iconic and complex sports, hospitality, mission-critical, and higher education projects domestically and internationally including more recently Allegiant Stadium, the new home of the NFL’s Las Vegas Raiders.

“Brian has played a vital role in planning and building some of Mortenson’s most challenging projects as well as building the business and community around him,” said Gene Hodge, vice president at Mortenson. “His commitment to cultivating a diverse and inclusive environment will benefit not just our Denver team but the entire Denver community.” 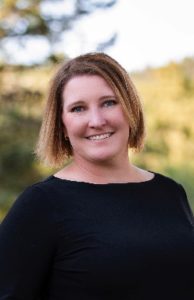 W.E. O’Neil President, Todd Guthrie, has announced the hiring of Jennifer Edwards as the director of Business Development and Marketing in Denver.

Her efforts will focus on our advanced industries, municipal/public works, higher education, and infrastructure markets. Jennifer will be developing relationships with the firm’s current and future clients and partners, building pursuit strategies, and overseeing the marketing department. Jennifer has been active in the A/E/C industry in Colorado for over 20 years leading business development and marketing efforts for local and national firms. 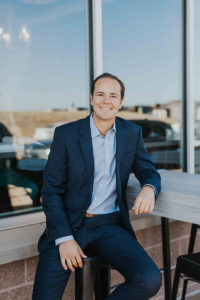 Eric Hagen joins NavPoint Real Estate Group as a junior analyst by way of Washington State, where he grew up playing golf and enjoying the rainy weather. Eric’s primary focus is financial analysis, due diligence and market research for NavPoint’s investment platform. With a strong knowledge of financial and acquisition trends, Eric provides insight and analysis that allow owners to make insightful decisions regarding their current and/or future assets.

A Washington native, Eric received a golf scholarship to the University of Denver and earned his Bachelors Degree in Business Administration with a major in Finance and a Real Estate minor. An MBA candidate at Washington State University, Eric competed on the men’s golf team as a graduate transfer. At Washington State, Eric was an academic all-American, as well as a Pac-12 honor roll recipient. In his free time, Eric enjoys playing golf, fly fishing, and spending time with family.

In discussing joining the NavPoint team Eric commented, “I could not be more excited to join the team at NavPoint. They have a special group, and I am very proud to be associated with them.” 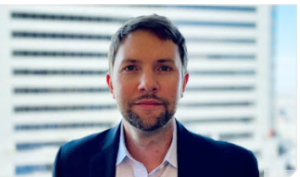 CP Group, a leading owner, operator, and developer of office and mixed-use projects throughout the Southeast and Southwest United States, today announced that they have hired Ryan Zader as senior vice president responsible for overseeing the Denver and Phoenix markets. The hire comes weeks after CP Group’s official entry into the Denver market with the purchase of Granite Tower in the city’s downtown.

Zader will be responsible for spearheading CP Group’s growth in the Denver and Phoenix markets in addition to overseeing asset management in the region.

Zader joins the firm with over a decade of experience in commercial real estate, including eight years as vice president of Zeller Realty Group’s Western Region, where he focused on the Denver and Portland markets.

“The high job and population growth of Denver and Phoenix mirrors the balance of our target markets located throughout the Southeast and Southwest. Expanding into these markets completed our long-term SMILE states investment strategy,” said Angelo Bianco, managing partner of CP Group. “Ryan’s in-depth market knowledge and experience will aid us in achieving our goals. We are excited to continue the growth trajectory of our firm and extend our services into Denver and Phoenix under his leadership”

“I am proud to join CP Group as it grows into these office markets,” Zader said. “This is a pivotal time for the office sector in Denver and Phoenix and I look forward to joining the firm’s team of experienced and skilled executives to expand its portfolio and create lasting value at buildings across the country.” 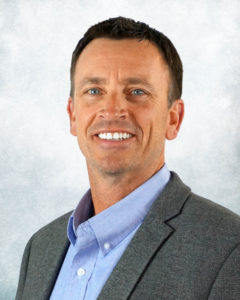 Hensel Phelps announced the promotion of Josh Klein to general superintendent. Josh’s portfolio of work with Hensel Phelps expands over $1.4 billion of work throughout his 20-year career. For the past five years, he has been part of the Construction Industry Training Council of Colorado’s Carpentry Trade Council and served as the chair for two years.

As general superintendent, Josh will be responsible for project execution, the overall schedule, site logistics, forecasting and managing major obstacles, and ensuring efficiency and safety in the field. Currently, Josh is building the Colorado Convention Center Expansion project in downtown Denver.