YOU ARE HERE:Home » Development » Movers and Shakers Week Ending 11.01.19
Development 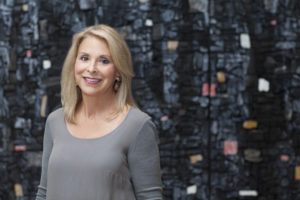 GE Johnson Construction Co. has hired Elaine Kanelos as director of business development. In this role, she leads the development of relationships and guides market and niche expansion.

Kanelos joins the company from DLR Group, where she was the national business development leader for their workplace market. Prior to that, she has held several roles in the architectural and engineering field, including as a vice president for HOK, president of her own firm, and a principal at OZ Architecture. 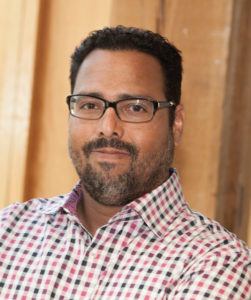 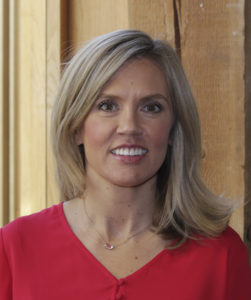 Mortenson, a top-20 U.S. builder, developer, and engineering services provider with nearly four decades of operations in Denver, today announced that Alexis Herzog has joined the team as a business development manager and Dave Espinosa has been promoted to project executive in Denver.

In his expanded leadership role, Espinosa will help drive efforts to secure new project work by building new and existing client relationships. At Mortenson, Espinosa has led multiple projects including the RTD Civic Center Station, the new home for Rocky Mountain Public Media and HUB North. Outside of Mortenson, Espinosa is an active leader in the building and philanthropic communities in Denver. He’s served on multiple boards including MiCasa, Clayton Early Learning, Colorado Succeeds, and the Aurora Public Schools Foundation.

“Dave exemplifies the characteristics we look for in leadership at Mortenson: integrity, ingenuity and a collaborative spirit,” said Gene Hodge, vice president & general manager at Mortenson. “In addition to his exemplary project work, he has demonstrated a commitment to furthering our community impact goals and building long-term relationships with clients and partners. We look forward to adding his talents to our Denver Leadership Team.”

Alexis Herzog has more than 10 years of experience in business development, strategic planning, and relationship management in architecture, construction, and commercial real estate industries. Prior to joining Mortenson, Herzog served as the business development manager for Hensel Phelps in Austin. In addition to building strong working relationships with developers, owners, city officials, and industry stakeholders, Herzog worked closely with the internal operations, marketing, and estimating teams to bring results-driven solutions to clients.

“Alexis brings a passionate and resourceful approach to problem solving, a track record of effective leadership and an extensive network of relationships throughout the construction industry,” said Brian Holland, director of business development at Mortenson. “Her proven commitment to building meaningful industry relationships aligns with both our client service approach and our long-term strategic business goals.”

Herzog has roots in Colorado, having earned a bachelor’s degree in marketing and international business from Colorado State University in 2004. After graduation, she served as a state sales director for Unified Title Company before relocating to Texas to pursue roles in business development for the commercial real estate and construction industries. 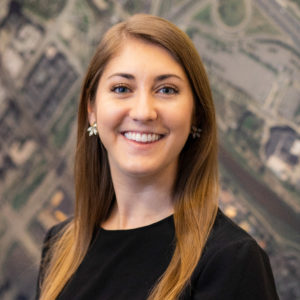 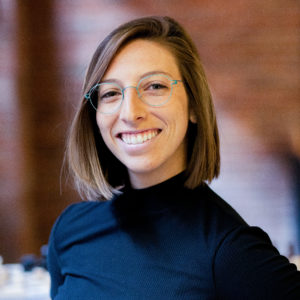 Katie joined SA+R in 2019 following several years of professional work in the Columbus, OH and Washington D.C. metro areas. Professionally educated and licensed as an interior designer, she joins the firm in support of its rapidly expanding interior design practice.

She holds a Bachelor of Arts in Interior Design form Kent State University (2013) and is a WELL Accredited Professional.

Casey joined SA+R in 2019 on the heels of the completion of her master’s degree at the University of California at Berkeley. While in school, Casey was a key player on a national award-winning low-income housing design project that focused on designing in tandem with a new hybrid tax credit structure that is now becoming widely utilized in cities across the country. During her studies she was also the recipient of a prestigious International Travel Fellowship where she focused on the study of architecture created by non-Architects in coastal desert environments.

Collegiate Peaks Bank, Division of Glacier Bank, announced the addition of Rory Hamersky, Jim Crosby and Andrea “Dre” Hall to its team of professionals. With a fifth branch scheduled to open early next year in the Denver Tech Center, the bank is actively recruiting banking professionals to fill a variety of roles.

Denver Native, Rory Hamersky, is a vice president at Collegiate Peaks Bank with 10 years of banking experience and a focus on SBA and Commercial Lending. He finds every way to be involved in the community to build and foster relationships and takes a consultative approach to helping owners and investors finance their goals.

Andrea “Dre” Hall is an assistant vice president and commercial lender at Collegiate Peaks Bank.  She has more than 10 years of banking experience and her focus is on working with commercial businesses and their owners.

Jim Crosby is a commercial lender at Collegiate Peaks Bank with nearly five years of banking experience and a background in Credit Underwriting. He recently moved to Denver from Houston, Texas where he was a Commercial Lender. 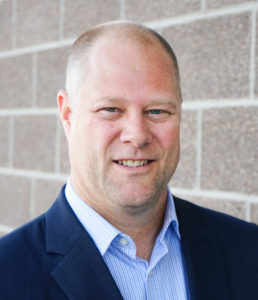 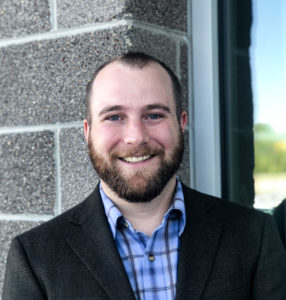 Jackson has more than 22 years of experience leading and delivering complex commercial building, infrastructure and environmental projects. Jackson’s role at White will be to lead the firm’s key projects in adaptive reuse, mixed use and institutional construction projects.

Schutz brings nearly 10 years of experience to White. He has worked on the budgeting efforts of several notable projects in the region, including the U.S. Olympic Museum and Pikes Peak Summit Complex in Colorado Springs.

Hull has more than 10 years of experience in marketing and presentation strategy, bringing construction industry experience along with graphic design expertise to help position White for future projected growth.