“Denver’s talent market remains tight,” said Garrett Johnson, managing principal at Cresa. “Finding the right people to help grow our office continues to be a priority. Chris and Sean have already become incredible assets and we’re excited to see how they grow within the firm.”

As an advisor, Smith works with the Denver brokerage team to represent occupiers across the front range. His responsibilities include business development, market research, strategic planning, site selection, financial analysis and lease negotiation. He has four years of experience as a residential agent and a bachelor’s degree in economics from the University of Denver.

As the operations associate, Sanders provides high-level service to both the brokerage and operations teams in the Denver office. He manages the production, coordination and development of sales-related presentation materials, coordinates property tours and manages the database, among other responsibilities. He has a bachelor’s degree in marketing from Metropolitan State University and comes most recently from a local engineering and construction management firm. 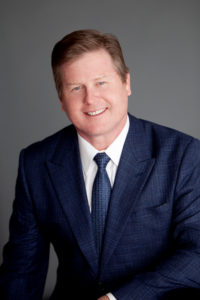 PCL Construction welcomes Deron Brown to the role of president and chief operating officer, U.S. Operations. Brown takes over responsibility for PCL’s U.S. buildings and civil operations from Shaun Yancey, who will retire in February of 2019. He is also a member of the PCL Board of Directors and joins the Office of the CEO, which provides PCL’s top senior executive management and leadership.

“With over 30 years of experience in the construction industry, Deron brings with him passion and a wealth of knowledge,” said Dave Filipchuk, PCL’s president and CEO. “His leadership has been instrumental in growing the US operations, and his drive for innovation will ensure that PCL remains a leader.”

Brown joined PCL in 1996 as a project engineer in the Orlando office and shortly after, became vice president and district manager, directing PCL’s southeast building operations. He’s worked on iconic theme parks throughout his career, which has led to the creation of lasting relationships with PCL’s high-value clients. As he transitioned to a senior management role at PCL’s US Head Office in Denver in 2012, he shifted his focus to advancing innovation and technology in the construction industry.

In 2018, Brown was named a Top 25 Newsmaker by Engineering News-Record (ENR) for his leadership in the creation of PartsLab, an Autodesk Revit add-in that automates the process of changing virtual models and allows multiple collaborators access. He made the decision to share the PCL product with the construction industry free of charge in the hope of revolutionizing the way the industry creates and manages construction documentation.

“Deron exemplifies the qualities of a visionary, and I believe his strong relationship-building skills will allow him to take PCL’s US Operations to a new level of success,” said Shaun Yancey.

Along with Brown’s passion for technology and innovation, he’s committed to making a difference throughout his community. He’s served on many boards, including that of the Edgewood Children’s Ranch in Orlando, an organization aimed at changing the direction of troubled children’s futures, and the Parent Development Board for Student Affairs at Auburn University; he was Tocqueville chair for the Heart of Florida chapter of United Way. Brown is currently a Tocqueville member of Mile High United Way in Denver and a board member of the Make a Wish Foundation of Colorado.

CBRE announced that five Colorado-based professionals were recently recognized for their outstanding performance with title promotions.

Todd Papazian was promoted to senior vice president with CBRE Advisory & Transaction Services | Occupier. Papazian’s role at CBRE focuses on leading and managing relationships for companies with national and/or international real estate portfolios. In the past 10 years, he and his partners Doug Bakke, Ty Ritchie, Lee Diamond and Melanie Fontenot have completed over 2,500 transactions worldwide, totaling more than 30 million square feet and aggregated consideration of over $4 billion.

Part of the same team, Melanie Fontenot was promoted to first vice President with CBRE Advisory & Transaction Services | Occupier. Fontenot is primarily responsible for national client relationships and transitioning clients to the CBRE platform and team services. She began her career at CBRE in brokerage focused on landlord representation. Her experience also includes a two-year leave of absence where she joined the Peace Corps. In both 2016 and 2017, Fontenot and her partners were recognized by NAIOP as the Colorado Office Broker Team of the Year. Both Fontenot and Papazian are based in CBRE’s Denver Tech Center office.

Jake Young was promoted to first vice president with CBRE Capital Markets. Young specializes in the sale of multifamily investment properties across the front range. He is based in CBRE’s downtown Denver office. In August he helped arrange the sale of two value-add apartment communities in metro Denver totaling $48.25 million. In the same month he completed the $35 million sale of Union Heights Apartments in Colorado Springs. He has completed in excess of $1 billion in commercial real estate transactions over the course of his career.

Ryan Link was promoted to vice president with CBRE Advisory & Transaction Services | Occupier. Based in downtown Denver, Link focuses on representing local office tenants with their space needs throughout metro Denver. In August, Link, along with his partners Rob Link and Frederic de Loizaga, was recognized by the Denver Business Journal as a top 10 metro-area office broker for the second quarter of 2018. He was also a nominee for the Denver Business Journal’s 40 Under 40 Class of 2018. Since joining CBRE in 2013, Link has executed more than 2 million square feet of lease and sale transactions.

Finally, Robert Korosec was promoted to vice president with CBRE Valuation & Advisory Services. Korosec also recently achieved the MAI designation from the Appraisal Institute, a designation recognized by courts of law, government agencies, financial institutions and investors as a mark of excellence in the field of real estate valuation and analysis. He has more than 20 years of commercial real estate valuation experience encompassing a wide variety of property types including industrial, multifamily, residential subdivisions, office and retail. Korosec is based in CBRE’s downtown Denver office and part of CBRE’s National Industrial Valuation Team.

“We congratulate these CBRE professionals who work across a variety of service lines and property types, but who all share the common characteristics of market-leading expertise, a strategic approach to real estate and a commitment to delivering the highest levels of client service,” said Pete Schippits, senior managing director of CBRE’s Mountain States.

This new addition to the Atlas leadership team overlaps with the announcement of Atlas working with Zillow in the Denver area. Atlas has been expanding its footprint in Denver and throughout Colorado and the hire of Julianelle along with working with Zillow looks to bolster Atlas’ existing operations and market penetration.

Julianelle is an experienced and innovative leader with over 15 years of expertise in the transformation and growth of mortgage businesses throughout multiple states and diverse markets. According to Ryan Boykin, co-founder/partner of Atlas, “Prior to joining Atlas, Tony was with Wells Fargo’s Home Lending division, overseeing the sales team and operations across seven states, including Colorado.”

“I am excited to be a part of this dynamic team and will be focused on providing our clients with the best possible Atlas experience,” said Tony Julianelle. “Atlas’ forward-thinking mindset, unique culture and commitment to community have contributed to a rock-solid foundation upon which we’ll build an even stronger company to service Coloradans’   diverse real estate needs.”

Zillow, the online real estate company, recently launched their Zillow Offers program in Colorado. This service allows for homeowners to receive cash offers directly from Zillow, eliminating the frustration that typically goes along with selling the traditional way. Zillow Offers improves upon the selling experience from a convenience and efficiency perspective, with Atlas handling Denver transactions.

“This new model adds liquidity into the marketplace and helps give buyers and sellers more options,” said Jason Shepherd, co-founder/partner of Atlas Real Estate. “With this new relationship and addition to the Atlas team, we’re slated to have a strong finish to this calendar year and hit the ground running in 2019.” “Tony is a great fit to our leadership team and we look forward to the new perspective he brings to the conversation,” said Alan Eckman, vice president, AECOM. “His expertise in collaborating with diverse stakeholders to drive initiatives forward, as well as his understanding of our clients’ most significant challenges and priorities, will strengthen our approach to continue to deliver great teams and great service.”

DeVito began his career with the Colorado Department of Transportation (CDOT) in 1991 where he gained expertise in design, construction, National Environmental Policy Act (NEPA) clearances and traffic engineering activities. During his 28 years with CDOT, he served as the region one transportation director and was part of the executive management team responsible for creating department policies. DeVito’s latest CDOT role was as the Central 70 $1.2 billion P3 project director, where he coordinated with CDOT leadership, Bridge Enterprise and the High-Performance Transportation Enterprise teams to lead this iconic project through final NEPA clearances, the concessionaire procurement and construction launch. Additional significant accomplishments with CDOT include the I-70 Mountain Corridor Record of Decision (ROD), Twin Tunnels Widening, Peak Period Shoulder Lanes and the Fixed Fire Suppression retrofit in the Eisenhower-Johnson Memorial Tunnel.

“AECOM’s transformative roles, worldwide experience and ability to provide for the transportation of the future were the reason I wanted to be part of this team,” said DeVito when asked why he chose to join AECOM.

DeVito graduated from the Colorado School of Mines in 1990 with a Bachelor of Science in Civil Engineering.