The new member of RTA’s Marketing team is Marketing Assistant Kitaen Jones. Kitaen joined RTA after gaining experience in the communications sector of public health. She graduated from the University of Memphis with a Bachelor of Arts degree in Journalism and English.

CBRE announced this week that two of its local professionals have been elected to serve on the Denver Metro Commercial Association of REALTORS® (DMCAR) Board of Directors Executive Committee for the coming year. Frederic de Loizaga, who has been part of the DMCAR Executive Committee for four years, will now serve as the board’s president, and Charley Will is the new treasurer.

Frederic de Loizaga is a vice president with CBRE’s Advisory & Transaction Services | Occupier, where he specializes in helping office occupiers with their real estate needs across the Denver metro area. In addition to his involvement with DMCAR, Mr. de Loizaga also serves on the board of directors for the South Metro Denver Chamber of Commerce and a local non-profit, Project Helping. In 2014, he was recognized by the Denver Business Journal as a 40 under 40 nominee and as CBRE’s Community Person of the Year. The prior year he was named the South Metro Denver Chamber Economic Development Group Person of the Year. Before joining CBRE in 2007, Mr. de Loizaga played professional baseball for three years with the Los Angeles Angels in Anaheim, California. He is a graduate of Regis University.

Charley Will is a senior associate with CBRE Capital Markets in Denver. Part of a group led by Mike Winn and Tim Richey, Mr. Will specializes in the sale of institutional-quality office and retail properties across Colorado. Prior to joining CBRE, he was a financial analyst with Cushman & Wakefield in Denver. Since beginning his career in 2012, Mr. Will has played an integral role in office and retail sale transactions totaling more than $7 billion. Mr. Will is a Denver native and graduate of the University of South Carolina.

“DMCAR’s Executive Committee really takes Colorado’s biggest commercial real estate issues and places them in front of our policy makers with action in mind. Mr. de Loizaga’s understanding of economic development and his natural ability to build consensus makes him our ideal choice for President. His work alongside Mr. Will and all members of our Executive Committee in the year ahead will focus on taking the commercial real estate community’s knowledge of projects and policy to an elite level in the metro area and setting the stage for Denver to be known as a tier one international city,” said Ms. Kruger.

AIA Colorado Announces 2019 Board of Directors 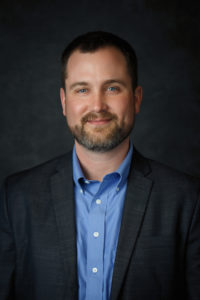 The American Institute of Architects (AIA) Colorado has announced its 2019 Board of Directors. Elected by members in October, the new board is comprised of architects from across the state and will serve as directors beginning in January 2019.

“Our members share a passion for design, a conviction that it matters and a commitment to improving lives through their work,” said 2019 AIA Colorado Board President, Zachary Taylor, AIA. “I look forward to working with the board to ensure that we serve our 2,400 members and advance the architecture profession in Colorado.”

The 2019 AIA Colorado Board of Directors:

The RMH Group (RMH) is proud to announce that Charlie Basil and Erik Johnson recently passed the Professional Engineer (P.E.) exam in electrical engineering and are now licensed engineers in Colorado.

Basil has been with RMH for his entire professional career including a summer internship during college. He has designed electrical systems for higher education facilities, central plants, data centers, military bases, manufacturing facilities, and water/wastewater facilities. Basil earned a B.S. degree in electrical engineering from Colorado School of Mines in 2014 and is a licensed electrical apprentice (Colorado).

Johnson has also been with RMH for his entire professional career including an internship during college. His professional engineering experience includes projects for aerospace and other manufacturing clients, Federal research facilities, data centers, higher education facilities, central plants, a petrochemical control building, military bases, and water/wastewater facilities. Johnson earned a B.S. degree in engineering (with electrical specialty) from Colorado School of Mines in 2014.