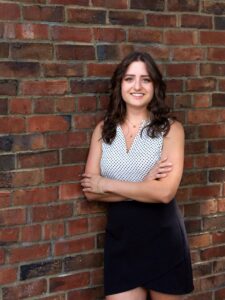 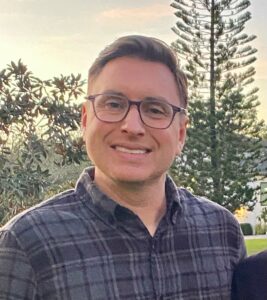 “We are thrilled to bring Chad and Irina on board to support Unico Solar’s growing operations,” said Brett Phillips, vice president and co-founder of Unico Solar. “Unico Solar Investors is committed to helping the United States realize a vision for a clean, affordable energy future by advancing and scaling the use of clean energy within the commercial, industrial and residential real estate sectors. These two additions will help our team continue to deliver on that mission as quickly and efficiently as possible.”

“Having spent nearly two decades in the energy industry, I am passionate about the importance of solar and I feel fortunate to join a company that is exceedingly dedicated to building a world where access to clean, affordable energy is the norm, not the exception.” said Chad. “I am eager to join this team in their efforts to scale the adoption of renewable energy in the built environment as fast as possible.”

Prior to joining Unico Solar, Irina worked as an executive administrator at The Pavilion Company, where she organized and created internal business standards, spearheaded their philanthropic efforts with a local non-profit and oversaw projects from start to finish. Combined with her previous experience in industry, Irina has developed a diverse and extensive skillet which she will apply to streamline Unico Solar’s day-to-day operations, improve workflows and facilitate communications.

“I look forward to championing Unico Solar’s mission by serving as an extension of the executive team and supporting our daily operations through each facet of our business.” said Irina. “My goal is to empower our team to achieve lasting positive impacts on both our projects and the future of our environment.” 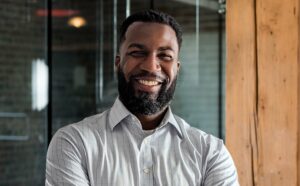 OLC, an international architectural firm, founded in 1961 with offices in Denver, Orlando, Tokyo, and Cairo. announced an exciting new team member in its Denver office.

Shane is an Architectural Designer with over eight years of experience in a variety of project types, including recreation, municipal, office, healthcare, childcare and residential. He is responsible for coordinating project schematic design, construction documents, creating architectural models, design development, and production. Shane’s is currently working on the Arvada Meyers Pool project in Arvada and the Williston Water World project in North Dakota.

Rosier has been with Cator, Ruma & Associates since 1992 when she joined the accounting department. Since that time, Rosier has assumed the role of finance manager, overseen the growth of the accounting and human resources department, and has been instrumental in the day-to-day operations of the company. She was promoted to associate in 2013. In her new role as Chief Financial Officer, Rosier will continue her leadership of the aforementioned departments as well as contribute to the broader management and oversight of the firm’s finances, operations, and personnel as part of Cator, Ruma’s Board of Directors.

Meints joined Cator, Ruma in 2011 as a mechanical engineer. Since then, he has provided innovative design and strong leadership and in his progressive roles as a senior mechanical engineer, project manager, and then associate. He has contributed to the success of numerous complex healthcare, higher education, K-12, and institutional projects. In his new role as principal, he will focus on helping Cator, Ruma achieve business goals in key sectors via business development and continued client management. He will also contribute to critical planning and strategy efforts, and internal oversight and mentoring of staff for the company.

Berger began at Cator, Ruma in 2012 as part of the accounting team. During her tenure with the company she spearheaded an major overhaul of the company-wide database system, which resulted in increased efficiencies across all departments. In addition to leading high-level reporting and database management, she has mentored accounting staff and has been an integral part of the financial operations of the company. In her new role as financial controller, she will provide continuous, relevant and timely financial and IS information, education, advice, and guidance in order to promote stability, profitability, and continuous
improvement of the department and the company, and will also oversee the operations and procedures of the accounting department.

Moore joined Cator, Ruma & Associates in 2020 as commissioning operations manager and his expertise combined with his team-oriented attitude immediately enhanced the firm’s growing commissioning department. He has a unique perspective on mechanical systems with a PE in Mechanical Engineering and hands on operational experience. He also has a bachelor’s degree in Electrical Engineering, giving him a rare holistic view of buildings along with a head start in the growing electrification of buildings. Moore holds a master’s in business administration and construction and development, allowing him to communicate with owners and clients in a capacity seldom seen in the commissioning and consulting world. In his new role as Associate, Moore will oversee the management and continued development of the commissioning department along with mentoring and training of staff throughout the company.

Guymon joined Cator, Ruma & Associates in 2008 as a marketing coordinator. In 2013, she was promoted to marketing manager and since then has overseen daily operation of the marketing department and staff, helping to establish marketing policies and procedures.