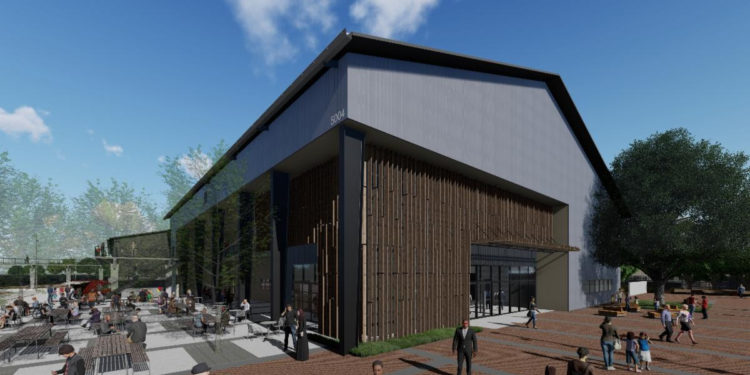 The HW Hutchison Family Stockyards Event Center is a multipurpose, flexible space that offers two arenas. Ideal for lectures, seminars, small conventions, community events, corporate events, expos, e-sports, live music and other performances, the facility is the newest of its kind in the Denver metro area. With an outdoor plaza, ample parking, and views of the Rocky Mountains and the Denver skyline, the venue is right at home at the National Western Center.

Wagner Equipment Co. Auction Arena: Fixed theater-seating in an arena bowl style, with balconies that step down to the plaza and flexible conference rooms.

During the National Western Stock Show each January, both arenas will be active with livestock auctions and livestock shows, bringing a new level of modernity and functionality to these events for exhibitors and visitors.

The exterior of the building includes an outdoor plaza that connects to the expansive, 20-acre Cille and Ron Williams Yards. Near the location of the historic stockyards that stood on this site for more than a century, the new, flexible, hardscaped Yards allow for events all year round, including concerts and festivals, large equipment trade shows, sporting events and drive-in movies. They feature removable pens for livestock shows, as well as access to power and water throughout. They can also be used as ample parking for other events at the site.