YOU ARE HERE:Home » Brokerage » New 380K SF Facility to be Built at Denver’s “Aerotropolis”
BrokerageConstructionDevelopmentIndustrialOffice

New 380K SF Facility to be Built at Denver’s “Aerotropolis” 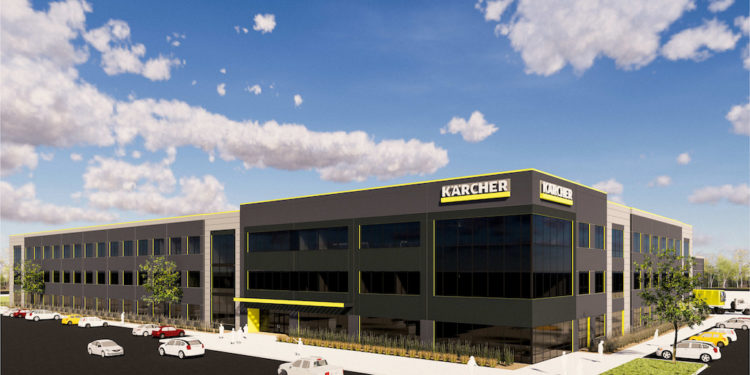 DENVER — A new 380,000-square-foot build-to-suit manufacturing/office facility will be built at Porteos, a commercial mixed-use development that is part of Denver’s expanding “Aerotropolis” development. The site will be home to Kärcher North America’s new North American headquarters with 280,000 square feet of manufacturing facility and 100,000 square feet in office space.

“We are thrilled to welcome Kärcher to Porteos and Aurora,” says Bill Wichterman, president of The San Juan Company, the managing agent for Porteos. “Kärcher’s new headquarters will provide new employment and incredible growth in the area. These permanent jobs as well as those visiting the Kärcher facility will help attract ancillary businesses, such as hotels and restaurants, and will also draw other large industrial and office users to Porteos. Kärcher is precisely the kind of user we have been trying to attract to Porteos since the project’s inception.”

Projects such as Gaylord Rockies Resort and Kärcher’s new headquarters draws attention to the region nationally, as developers continue to seek parcels near I-70 with sufficient access to the booming metro area, as well as easy access to the larger region and E-470.

“A combination of the proximity to the airport, access to a growing skilled labor force, and the chance to position our operations in the heart of the future “Aerotropolis” all contributed to our decision to make the investment in Porteos,” said Jason Mangone, Kärcher’s chief financial officer.