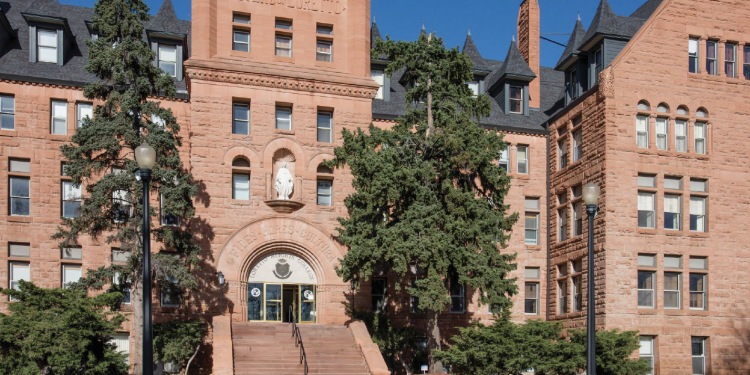 Westside purchased the 75-acre parcel, located at 3001 South Federal Boulevard in Denver, for $16.5 million, in a sale that closed Tuesday, July 31.

Martin Roth, Eric Roth and James Wonhof with CBRE’s Land Services in Denver represented the seller, Colorado Heights University, which has owned the property since 1989.

The organization originally selected a different master developer for the site in 2017, but that deal fell through.

Westside Investment Partners has announced plans to preserve many of its historic elements alongside new mixed-use commercial and residential development.

“The Colorado Heights University Team and Westside Investment Partners worked seamlessly to finalize the transaction. We are excited to see what the future holds for the next phase of this special property,” said Martin Roth, senior vice president with CBRE’s Land Services.

The history of the CHU campus dates back to 1888 when the site was first identified by Sister Pancratia Bonfils of the Loretto Order as the future home of Loretto Heights Academy, an educational institution for Catholic girls. The main administration building was designed by F.E. Edbrooke and Co., the same firm behind the Brown Palace Hotel. The administration building welcomed its first student body in 1891. After World War II, the campus welcomed more dormitories, a cafeteria hall, a Center for the Performing Arts and Olympic-sized swimming pool. A mid-century modern library opened in 1963.

A significant portion of the site is vacant land, which Westside announced plans to develop as a community gathering place with residential and commercial uses, including retail and restaurants.

Boulder, Denver and Lakewood Among Greenest Powered Cities in the U.S.