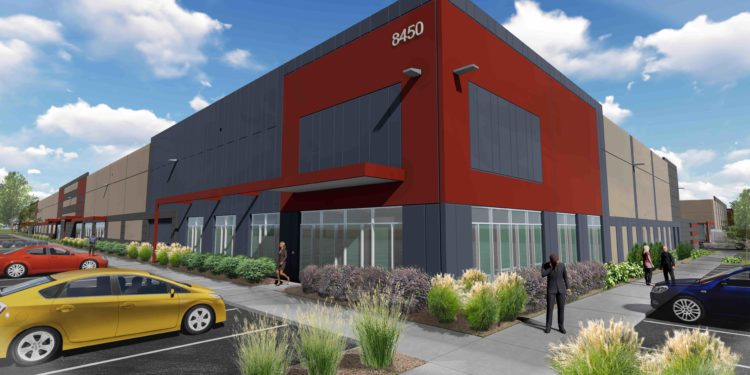 Located southeast of Centennial Airport, Highfield Business Park is situated near the intersection of E-470 and Peoria Street with convenient access to I-25 and E-470 as well as Southeast Light Rail.

Since launching its first industrial project in 2010, Highfield Business Park has celebrated notable success with 750,000 square feet developed over the past nine years. With the current industrial developments fully leased, the partnership will deliver nearly 500,000 square feet of additional class A industrial space with the park’s three properties that are currently under construction, all showcasing state-of-the-art features.

CBRE serves as the leasing broker for the three new projects, most recently securing a national transportation company as a tenant in a 202,000-square-foot building on the eastern side of the business park. The single-story building is planned for completion in the second quarter of 2020. Brinkman Construction serves as the general contractor for the new project, with Ware Malcomb as the architect.

“More than 10 years ago Bradbury Properties had the vision for a high-quality industrial park in growing Douglas County. They anticipated early the impressive growth coming to Denver’s industrial sector. Now today, in partnership with Confluent Development, they can stand back and proudly say that they have created southeast Denver’s preeminent business park environment, home to a range of tenants who represent the top of their industries,” said Jim Bolt, executive vice president with CBRE.

The project team recently broke ground on two additional speculative buildings on the adjacent lot. Anticipated for completion in the first quarter of 2020, these two developments will span 160,000 square feet and 130,000 square feet, and both will feature front-park, rear-load design with shared truck courts. Intergroup Architects is the architect for both properties with Murray & Stafford performing the construction.

“The success of Highfield Business Park is a testament to the continued growth and strength of Colorado’s industrial market,” said John Bauknight, development director at Confluent Development. “This business park has grown into a destination for retail and distribution leaders from across the country, and we look forward to seeing how it benefits Denver’s industrial scene for years to come.”

“Nearing completion on Highfield Business Park is a rewarding milestone for my family’s company,” said Tom Bradbury, president at Bradbury Properties. “The 100-acre industrial park is the latest success in the evolution of my family’s land holdings, and we’re honored to continue providing high-quality developments to southeast Denver. As companies that are equally committed to serving the Denver community, we are proud to deliver this impressive project alongside Confluent Development.”