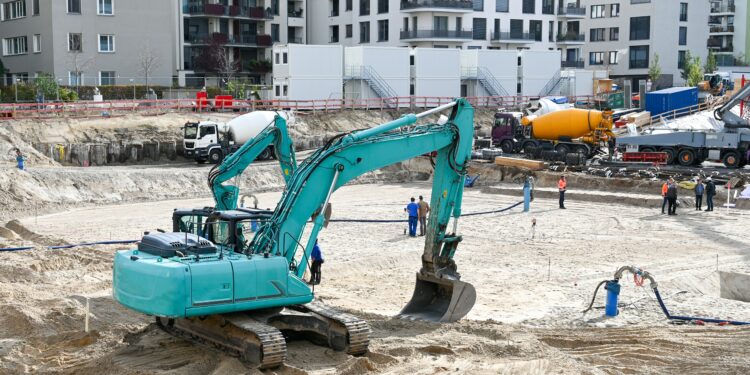 Photo by visionart.av from Pexels

Mortenson just released its Q2 2022 Construction Cost Index report for Denver and other major U.S. markets. The overall construction cost index across all markets increased as expected, reaching a new high. According to data from the second quarter, which ended on June 30, nonresidential construction costs were up 2.2% in Denver, a full point lower than the 3.2% national average, but still up 13.1% over the previous 12 months. 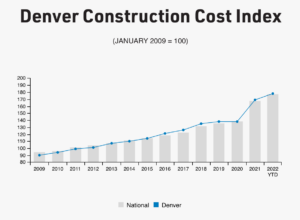 “As one might expect, while construction spending in Denver remains robust, there are many factors that continue to strain suppliers, contractors and projects,” said Brian Holland, director of business development at Mortenson. “While it’s difficult to predict what the future holds when it comes to economic forces on the construction industry, Mortenson is focused on driving value and efficiency at all levels and building the best team possible for each project. We know that our customers are better off for these efforts.”

In addition to Denver, the following quarterly average price changes were observed in the markets that Mortenson tracks: Chicago (4.0%); Milwaukee (3.9%); Minneapolis (3.3%); Phoenix (2.55%); Portland (3.6%); and Seattle (2.9%). Based on market data, observations and insights, Mortenson sees much of the same moving forward in the second half of the year.

According to the report, product lead times, fuel price increases, labor costs, and availability continue to challenge suppliers, contractors, and projects. The recent Bureau of Labor Statistics Producer Price Index report did indicate a softening of input prices in categories such as structural steel, reinforcing steel and lumber. However, many still advanced. Upcoming U.S. economic data for Q3 may indicate if any broader trends are beginning to emerge.

The Mortenson Construction Cost Index is calculated quarterly by pricing representative non-residential construction projects in various metropolitan areas. This effort is part of a portfolio of industry insights and market studies provided by Mortenson.