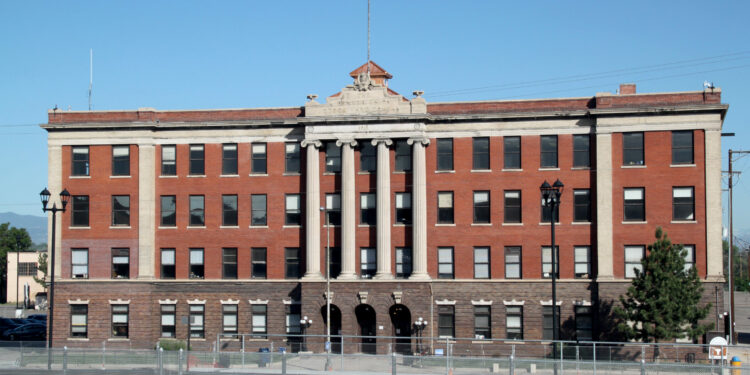 “This building was where ag business happened in the region for most of the 20th century,” Brad Buchanan, CEO of the National Western Center Authority said. “It’s an icon of local agricultural heritage, and at the National Western Center, we want to ensure it will continue to play an important role in food and ag innovation for the next 100 years.”

The building’s owners plan to return it to the forefront of food and agriculture innovation at the new National Western Center. The building will feature a mix of office and meeting spaces with a strong focus on food and agricultural organizations whose work complements the vision and mission of the new center.

The building will also continue to house the Denver Stockyard Saloon — the saloon that’s the current iteration of the structure’s string of restaurants, inns, and watering holes that first served stockmen in 1898.

Three connected wings comprise the building – built in 1898 (center), 1916 (east) and 1919 (west). The 1916 structure is the most visible and recognizable to Stock-Show-goers and retains much of its original features and charm, inside and out. Floors, ceilings, staircases and wood trim are largely untouched. Wood, marble, granite and terrazzo finishes still grace the interior, and a second-story hall still features a chalkboard where livestock prices were listed.

The Denver Livestock Exchange was a nonprofit that from this building oversaw livestock sales at the stockyards from 1906 to 1962. The Stock Yards National Bank safes can still be found on the first floor. The longest tenant in the building was the Colorado Brand Inspection Board (1906 to 2015). Over time, ag-business users and tenants left the building, and in recent years it has mainly been office space for a variety of private businesses.