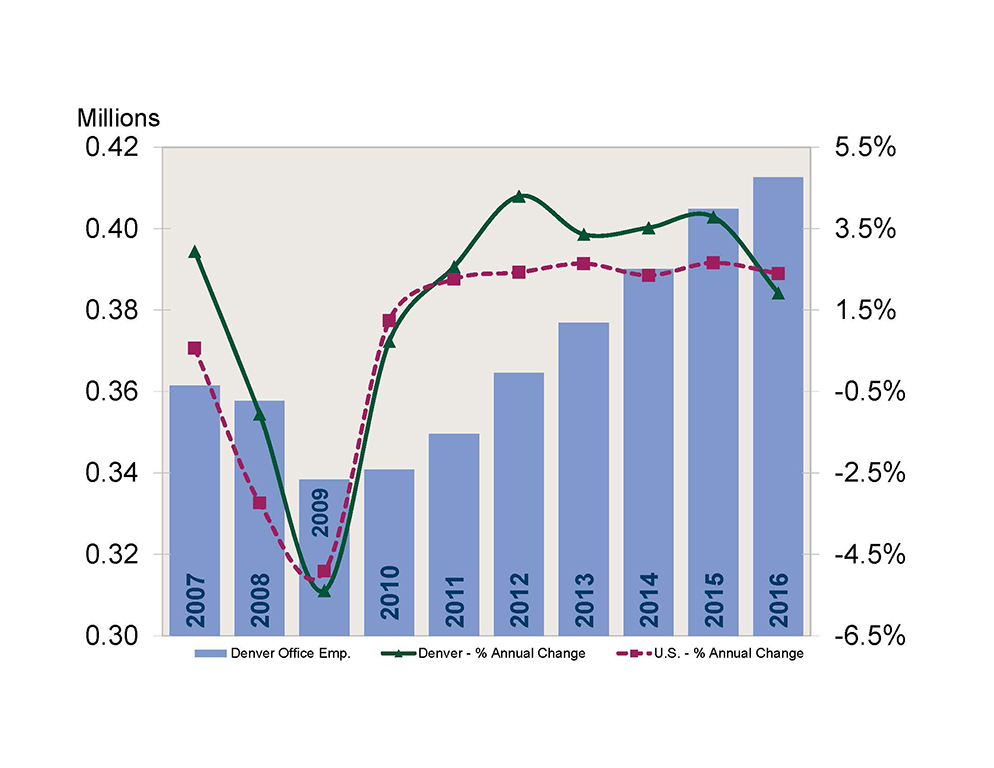 The quarterly report is an in-depth compilation of office leasing statistics and trends, major transactions, submarket comparisons, employment trends and investment and development trends specific to the Denver Metropolitan area.

Highlights from the 2016 Q4 Studley Denver Report include: – Denver’s Downtown office market shifted more towards tenants’ favor in 2016, as availability rates and sublet supply increased, and rents flattened from 2015. Overall and Class A Downtown Denver average asking rents were $31.65 and $32.90-per-square-foot in Q4, down from $32.39 and $34.00 one year ago. Of the area’s 13 submarkets, only LoDo’s asking rents in Q4 averaged higher than the US Index of $32.78.

– Denver tenants leased only 8.4 msf in 2016, down 5.4 percent from 2015 and 5.6 percent below the long-term average. However, an uptick in leasing may come in 2017 following a 38.5-percent quarterly rebound in activity for Q4 2016, some renewed optimism with election season finally over and mounting leverage favoring tenants. – Propelled by several large energy companies ceasing operations in the Central Business District, sublet supply across the region increased by more than 20.0 percent year-on year from 3.0 msf to 3.7 msf – its highest mark since 2009. Asking rents for sublet space averaged $22.11 to close 2016 compared to $36.63 for new space.

– The number of larger build-to-suits and corporate relocations to Suburban Denver from Chicago, Los Angeles and other high-cost locations dropped off in 2016, with no deals over 50,000 sf this year involving a company relocating or expanding from another market. Overall suburban leasing activity of 1.5 msf for 2016 was 200,000 sf below the long-term annual average. 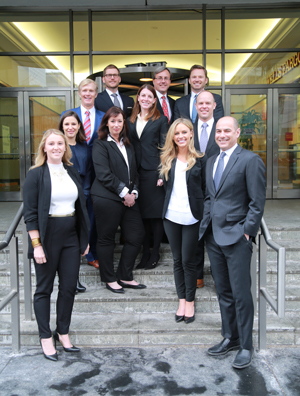