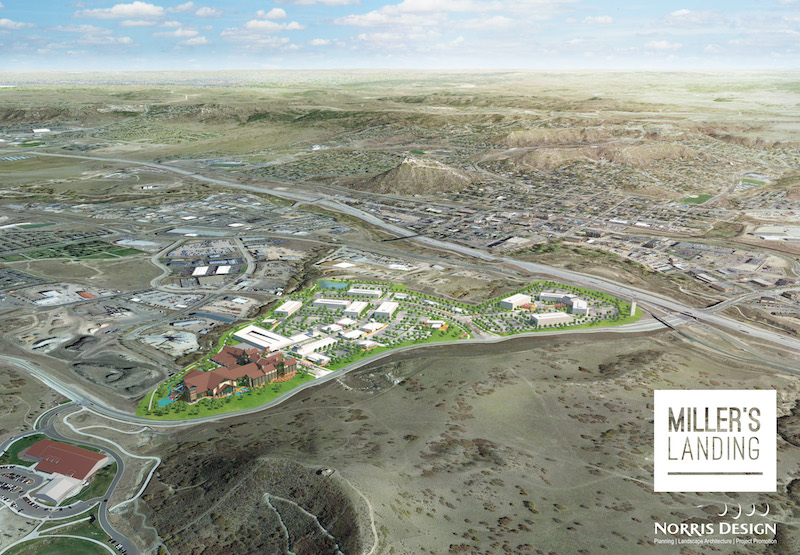 CASTLE ROCK, CO — Miller’s Landing, one of Castle Rock’s largest commercial development projects, is a step closer to reality following the sale of a 65-acre parcel of land at the northwest corner of Interstate 25 and Plum Creek Parkway to P3 Advisors in late August. The project will generate an estimated $350 million to $500 million in private investment.

“We are excited to invest with the local expertise of P3 Advisors and Avison Young in the South Denver sub-market,” said Frankiewicz. “We have looked for the appropriate development opportunity in Denver over the last several years, and this finally fit the bill. We believe Miller’s Landing and Castle Rock will eventually become a very attractive alternative to Lone Tree, Downtown Denver and even Boulder with the adjacent gem of the 300-acre Philip S. Miller Park.”

With more than 2,400 professionals in 79 offices worldwide, and a presence in and experience with Castle Rock, Alison Young brings the skills and sophistication to attract world-class users.

“Miller’s Landing is an exciting project in a fantastic location,” said Richard Hanson, president of Avison Young Development. “The Denver Metropolitan Area is one of the most economically vibrant in the nation and Castle Rock, along with Douglas County, has for years been one of the fastest growing submarkets in Denver. We, along with the Town of Castle Rock, look forward to activating this key intersection and creating a very unique employment center in Castle Rock – one that offers ease of access to both Denver and Colorado Springs, without the traffic associated with the Southeast Denver office corridor to the north.”

Thanks to the foresight of the Castle Rock Town Council, a public-private partnership was created between the developers and the town, making the public improvements, totaling more than $65 million, possible. As part of the development, P3 Advisors plans to build trails to connect downtown to the park, in addition to the existing 10+ mile network. Miller’s Landing will also include public parking, helping to alleviate congestion at the park, which attracts 1.5 million vehicles annually.