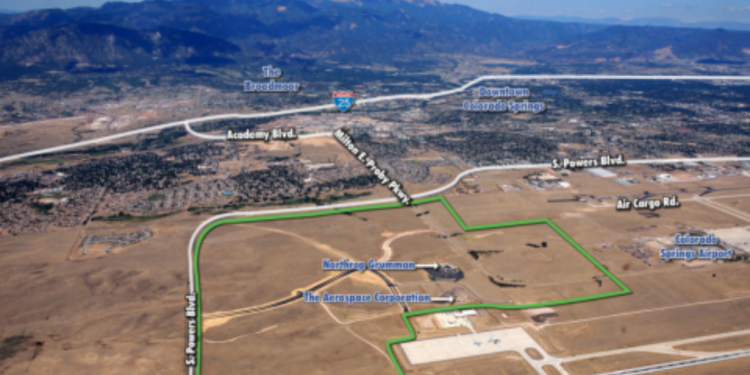 D.A. Davidson & Co. an employee-owned financial services firm with an office in Denver, has sold approximately $45 million of limited tax general obligation senior and subordinate bonds for the continued development of Peak Innovation Park, a 900-acre commercial development located at the entrance to the Colorado Springs Airport. The financings will fund critical infrastructure for the project, and bring significant technological and aeronautic innovation, employment and economic growth to the City of Colorado Springs.

At full build-out, the Peak Innovation Park will encompass more than 12 million square-feet of customized commercial space including a new state-of-the-art research and development (R&D) facility for Aerospace Corporation (COS-2), Amazon fulfillment and distribution centers, offices with a focus on aerospace, defense, cybersecurity and technology tenants, hotels and industrial uses.

“This is a significant project for Colorado Springs’ business communities and surrounding regions, with Peak Innovation Park representing the largest speculative office complex built in this city since 2001,” said Brooke Hutchens, managing director at D.A. Davidson. “Thanks to our financing model and ability to create strong partnerships involving the City, Peak Metropolitan District and Urban Frontier, D.A. Davidson has turned this vision into a reality. We are honored to be involved in this project and look forward to the positive impact that Peak Innovation Park will bring to its communities.”

Peak Innovation Park is situated within a federal opportunity zone, a state enterprise zone and a local commercial aeronautical zone that include certain tax breaks and incentives tied to employment levels. Within these zones, investors can defer capital gains taxes on the sale of stocks, business assets or property by investing in certain qualified investment funds called “Opportunity Funds.”

“Colorado Springs is a reputable hub for industries across aerospace, defense, information technology, cybersecurity, healthcare, and more, with hundreds of manufacturers in the region. The continued development of Peak Innovation Park will likely attract additional Fortune 500 companies, national business operations and a highly educated workforce,” said Garrett Baum, managing partner at Urban Frontier. “Given its close proximity to the Colorado Springs Airport, business centers and access to nearby interstates and city centers, the Peak Innovation Park is primed for strong economic activity and continued connection among industries nationwide. We appreciate the financial models in place and our partnership with D.A. Davidson, both of which have made this project possible.”

Representing the first of a two-phased development timeline on the larger 900-acre site the property, upon completion, the development property plans to include the following projects, several of which are already under construction: