YOU ARE HERE:Home » Brokerage » Pecos Logistics Park Sells to J.P. Morgan for Over $300M
BrokerageIndustrial

Pecos Logistics Park Sells to J.P. Morgan for Over $300M 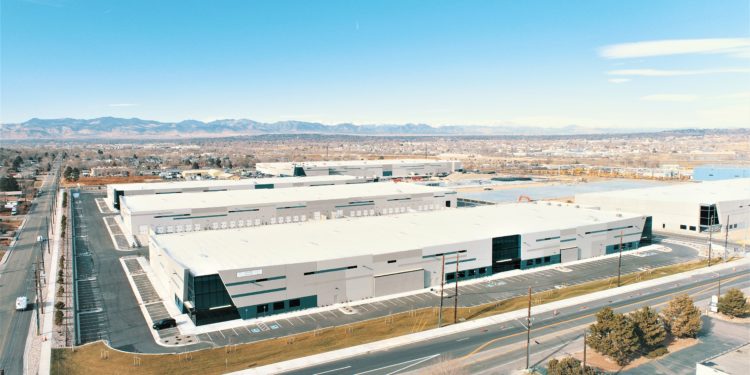 According to CBRE, Pecos Logistics Park, a new 1.15-million-square-foot Class A industrial development located at the northwest corner of 56th Avenue and Pecos Street in Denver, has sold for more than $300 million to institutional investors advised by J.P. Morgan Global Alternatives. An exact sales figure was not disclosed.

Westfield Company developed the 66-acre park in two phases. Completed in September 2021, Phase I totals 675,100 square feet across four buildings and was 68 percent leased at the time of sale. Phase II, adding three buildings and 471,000 square feet, is slated to deliver in the second quarter of 2022.

The property is located at 5675-5725 Pecos St., near the interchange of I-25, I-70 and I-76. New developments in the Central submarket are scarce. In a submarket totaling over 60 million square feet, only 3.1 million square feet of rentable space has been added since 2000, all of which was either pre-leased or leased immediately upon delivery. The submarket is regularly among the lowest in the metro area for industrial vacancy.

“Pecos Logistics Park is an irreplaceable property with one of the best locations in Denver for capitalizing on the last-mile e-commerce evolution and overall industrial expansion. Two-thirds of Denver’s population is accessible within a 15-mile radius and highway access is unmatched. The quality of tenants that have already committed to the project is proof of its value,” said Mr. Carner, executive vice president, CBRE