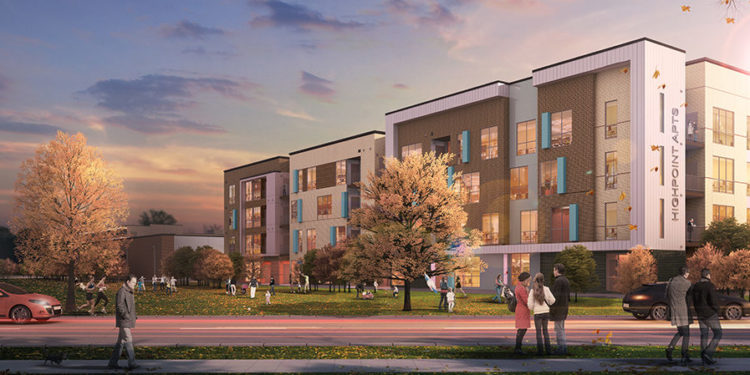 Prime West has secured $90.4 million financing for the development of Claro at High Point, a 365-unit, Class A, garden-style multifamily development in an Opportunity Zone within Aurora.

“Claro at High Point will provide attainable housing options for the airport submarket, which is among the fastest growing job centers in the state,” said Managing Director Leon McBroom. “The development’s location within an Opportunity Zone, coupled with its low garden basis, fueled a competitive capital raise, and we are excited for Prime West and Bridge to bring their vision to life.”

Claro at High Point is in the High Point live-work-play master-planned community, which spans 1,800 acres with plans for 3,000 single-family and multi-housing households, 10 million square feet of business park development, up to 500 thousand square feet of retail, 300 acres of open space and 13 miles of hiking and biking trails.

Situated at the northeast corner of 65th Avenue and Lisbon Street, residents of Claro at High Point will be positioned only 12.5 miles from downtown Denver with proximity to nearby highways, including E-470 and Interstates 70 and 225. Adding to the connectivity is the commuter rail station featuring a direct connection to both the airport and downtown Denver’s Union Station via the A-line, along with connection to the R-line that accesses the major employment center at Fitzsimons. Additionally, the development is 20 minutes from the greater Denver metro area’s major business centers.

With 300 days of sunshine, a walkable downtown, thriving arts and culture, award-winning culinary scene and the Rocky Mountains as a backdrop, Denver offers an affordable mix of urban sophistication and outdoor adventure. Since 2010, Denver has experienced a 17 percent population growth. Additionally, in 2018, Colorado saw in-migration of nearly 227,000 individuals, which is a 1.6 percent year-over-year increase. While ranking in the top 10 among the major MSA’s, Denver’s cost of living is 21 percent lower than the West Coast’s average.