YOU ARE HERE:Home » Brokerage » Progressive Insurance Joins The Offices at Victory Ridge
BrokerageOffice 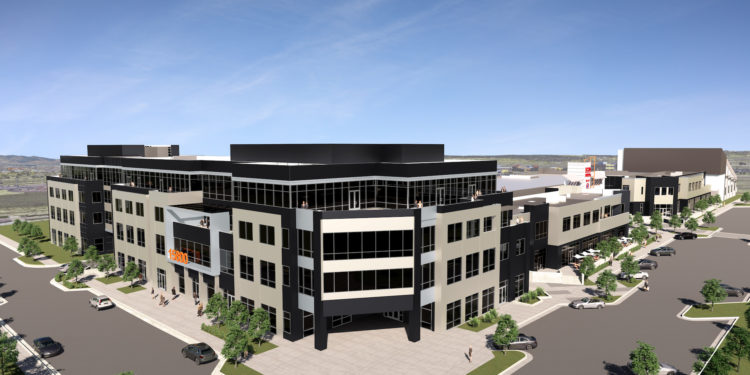 Progressive Casualty Insurance Company has signed a lease for 18,089 square feet of office space at The Offices at Victory Ridge, the first Class A speculative office development in Colorado Springs in over a decade.

“Securing a commitment of this caliber pre-delivery is a major win for the project and the market overall. The leasing of this space to a high-profile tenant proves there is demand for new, quality product,” stated Mr. Bird.

The Offices at Victory Ridge is located at 10855 Hidden Pool Heights, off Interstate 25 and Interquest Parkway in north Colorado Springs, surrounded by retail and entertainment offerings. The property includes one four-story office tower and two two-story buildings to the east and west of Icon Cinema, a luxury theater brand that opened in November 2017 at Victory Ridge and is home to Colorado’s largest movie screen. Victory Ridge is also the site of In-N-Out Burger’s first Colorado retail location and new distribution facility, currently under construction. In addition to its office space, the larger complex is slated to include 221 townhomes, medical office space, at least one hotel and numerous other restaurants and retailers.

Headquartered in Mayfield Village, Ohio, Progressive is a national insurance company and has additional office space located in North Colorado Springs. The new Progressive office space will be built out over the next several months with occupancy tentatively scheduled for August 2020.