QuikTrip Under Construction in Parker 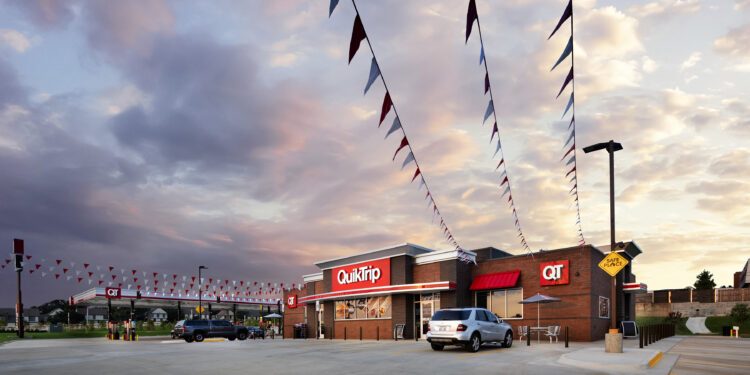 Following the June opening of the first QuikTrip in Colorado, in Firestone, construction is now underway on another QuikTrip convenience store, this time in Parker ( at Jordan Rd. near E-470). The new location will be a 4,900-square-foot Generation 3S model with 8 gasoline dispensers for customers to fuel up.

Denver-based dcb Construction Company, Inc. is the general contractor for the new store. Locally owned and operated since 1964, dcb Construction Company, Inc. is a full-service general building contractor engaged in the design and construction of commercial, office, industrial, warehouse, distribution, retail and tenant improvement facilities for owners, users and developers across Colorado’s front range and regionally.

QuikTrip is scheduled to have five stores completed in the Denver area by the end of 2022. Planning is underway for future Colorado locations in Denver (9111 E 40th Ave), Bennett, and Thornton.

“We are excited to have construction underway and hope to have this location open by early Winter of ’22. The store will be equipped with QT Kitchens that offer made fresh-to-order food and drink items, we will also offer grab-and-go freshly crafted sandwiches, salads, and wraps that will occupy your taste buds, or spoil yourself with our scrumptious donuts and pastries,” said Aisha Jefferson-Smith, spokeswoman for the QuikTrip Corporation.

With over 24,000 employees, Fortune has ranked QuikTrip on the list of Best Companies To Work For for fourteen years. QuikTrip also gives back to the communities it serves, donating 5 percent of net profits to charitable organizations.

The Container Store to Open First Location in Colorado Springs