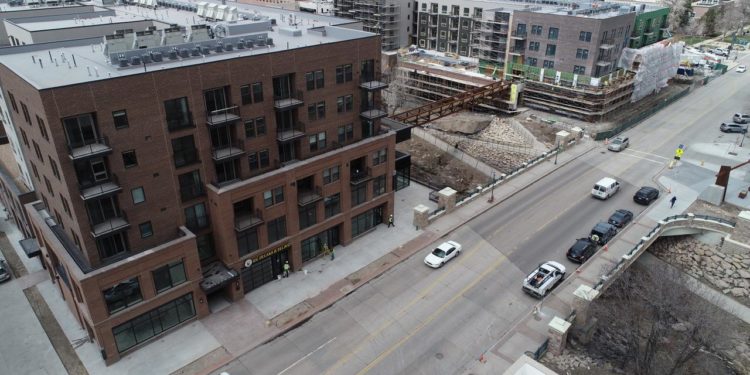 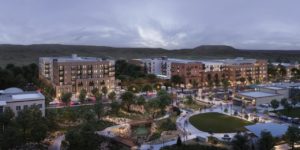 “It’s very exciting to welcome our very first residents, along with an ice cream shop and restaurant and brewery,” said Tony De Simone, principal of Confluence Companies. “Castle Rock is a growing community that is rapidly becoming a great destination for people who want to live, work and dine in this part of Colorado.  We’re proud to be contributing another special component to the vibrancy of downtown Castle Rock and the community as a whole.”

Craine Architecture is the architect for the project and Confluence Builders is the GC.

Glacier Ice Cream is owned and operated by the Berberich family, a mom and pop and daughter shop that was established based on their love of ice cream.  The flavorful ice creams is open now and includes premium, artesian brand products, featuring the freshest ingredients (including specially selected roasted pecans for their pralines and cream scoops).

The Great Divide Brewery & Roadhouse is scheduled to open in October and will announce more of its plans at that time. The community can look to a voluminous 8,000-square-foot space with 16 beer taps featuring craft beers from Great Divide Brewery, a Colorado favorite.  Patrons will also enjoy a full menu of memorable appetizers, entrees and desserts, all made to the highest Roadhouse Restaurant standards.

Riverwalk borders Festival Park, which is the result of a $7 million investment by the town of Castle Rock, and helps to redefine the heart of downtown Castle Rock.  The development includes two blocks of downtown Castle Rock (bookending both sides of Sellars Gulch, along Wilcox Street), and consists of a mix of retail, office, and residential uses.  Parking is provided one level below each building and at the street level, parked behind the retail sections.