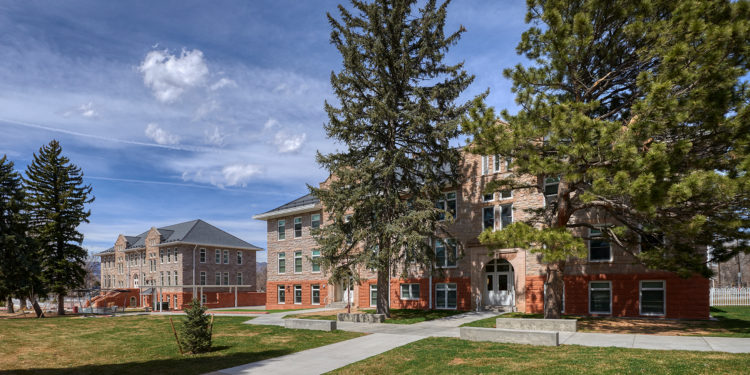 RTA Architects, an award-winning Colorado Springs-based architectural and interior design firm, has received an Award of Excellence for Civic Restoration of an Historic Building for its work at Palmer Hall and Jones Hall on the campus of the Colorado School for the Deaf and the Blind (CSDB) from the Historic Preservation Alliance (HPA) of Colorado Springs. The HPA of Colorado Springs is the leading voice for preservation in the Pikes Peak region through advocacy, education, events and strategic alliances. Its annual awards program honors property owners and professionals for their dedication to historic preservation. 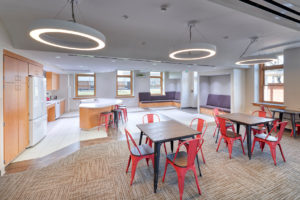 The campus of the Colorado School for the Deaf and Blind is an important historical site in Colorado Springs that greatly contributes to the architectural and historical heritage of the city. The campus is listed on the Colorado State Register of Historic Properties, and both Jones and Palmer Hall contribute to this designation. Both Palmer Hall and Jones Hall were designed in the Collegiate Gothic style, a prevalent and important architectural movement from the 18th to early 20th century. Jones Hall was constructed in 1913 and designed by noted architect Thomas MacLaren. Palmer Hall, constructed in 1918, was designed by Thomas Barber. It was named for General William J. Palmer, founder of Colorado Springs and chairman of the Colorado Springs Land Company, who donated numerous parcels of land for the development of the CSDB campus. CSDB is the only school in Colorado dedicated to providing comprehensive educational services for children, birth to age 21, who are blind/visually impaired and/or deaf/hard of hearing.

From the time of their initial construction, both Jones and Palmer Hall had deteriorated to the point that, by 2014, they were primarily relegated to storage. The buildings also lacked adequate heating/cooling, plumbing, roofs, and windows. RTA gave these buildings new life for CSDB while maintaining their historic character with new roofs and windows matching those as closely as possible on the original structure, new highly efficient mechanical systems, fully renovated interiors, and new accessible entries. The exterior masonry of both buildings was also cleaned and repaired.

The renovation also brought the Colorado Instructional Material Center (CIMC) into one location. The CIMC provides braille and large print textbooks for visually impaired students, as well as instructional aids for teachers. It is a critical resource that serves students at CSDB and provides materials to an additional 96 school districts across the state of Colorado.

The primary focus of the Palmer Hall restoration and renovation was to bring the Bridges to Life program onto campus, expand its capacity, and create healthy environments for the Bridges to Life students. Prior to the renovation, participants stayed in rented apartments off-campus. The Bridges to Life program serves students between the ages of 18 and 21 who are deaf/hard of hearing or blind/visually impaired by providing employment, postsecondary education and training, and independent living skills to help students bridge the gap between high school and the real world. Numerous outdoor spaces were also created, particularly a secure space just for Palmer Hall residents and their families.

This is the second recognition for RTA’s historic preservation work on the CSDB campus. RTA also received an Award of Excellence in 2011 from the HPA of Colorado Springs for its preservation and renovation of Gottlieb Hall.