YOU ARE HERE:Home » Development » RTD to Reconsider its Vote Against Sublease of Vacant Lot for Medal of Honor Museum
Development 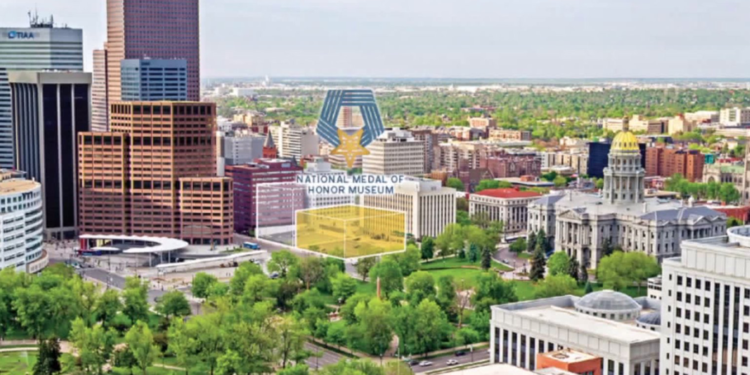 According to the Denver Post, RTD will reconsider its vote against the sublease of a gravel lot near Civic Center Park, for use as a “park-like” entrance for the National Medal of Honor Museum. The transit board will revote on September 24.

RTD is  hesitant to sublease the lot as they feel the deal would not be profitable for them.

The museum foundation announced in June that its board had chosen Denver and Arlington, Texas, as the two finalists for the museum.

The Downtown Denver Partnership has been closely engaged with the foundation throughout their site selection process, convening public and private sector leaders – including Governor Jared Polis and Mayor Michael B. Hancock – to showcase Denver’s robust market.

“With the nation’s No.1 ranked airport, one of the nation’s best convention centers, the tourists enjoying the 16th Street Mall and the string of military-based sites throughout downtown and across Colorado, the National Medal of Honor Museum would be a welcome addition,” said Tami Door, president and CEO of the Downtown Denver Partnership, “The Museum ideals align with Colorado’s rich history of supporting our military heroes. We will work tirelessly in the months ahead to make the case for Denver location.”