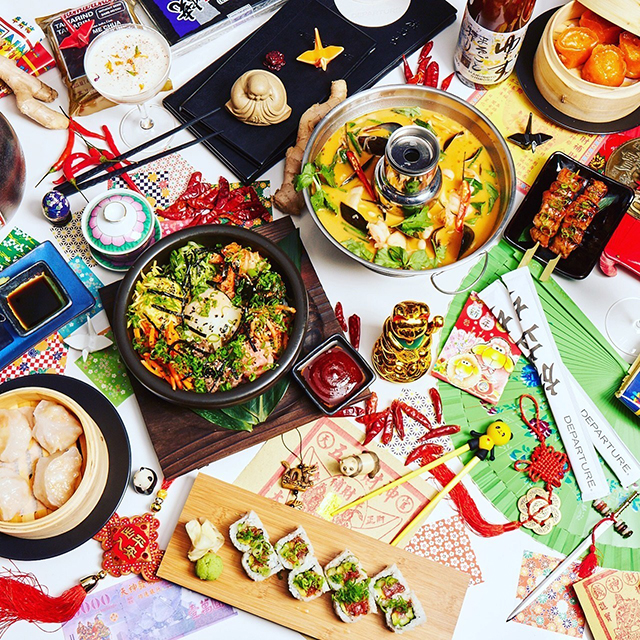 “Departure Denver is exotic, sophisticated, and contemporary, all of which we feel makes it unlike anything else found in the city,” says Peter Karpinski, Co-Founder of SRG and Denver resident.  “The transportive quality of the restaurant will make it top-of-mind for diners looking for escape and adventure.  I am thrilled to bring this unique international dining and drinking experience to my hometown.”

Chef Gregory Gourdet, Culinary Director of Departure Restaurants and finalist on Bravo’s Top-Chef in 2015, helms the culinary team at Departure Denver alongside Executive Chef Khamla Vongsakoun. The pair, as well as Karpinski and other SRG leaders, toured extensively across Asia earlier this year to research the cuisine, culinary techniques, and approach to service in countries including Vietnam, Korea, Thailand, and Japan.

“Our time in Asia inspired us to create a menu that pays homage to the people, cultures, and cooking styles we encountered throughout our time overseas,” says Gourdet. “Much like we have done in Portland, the goal for Departure is to offer a diverse range of Asian dishes and flavors in a way that is authentic and credible, yet slightly unexpected, at the same time.”

The Asian culture is synonymous with soothing balance and intricate details, yet fiery flavors and high-energy. Departure Restaurant + Lounge’s design embraces these cultural aspects wholeheartedly and presents a space that is daring yet harmonious, much like the restaurant’s cuisine. Guests emerge into the restaurant through the sculptural entrance into an ethereal, sexy, and unexpected interior that takes them on a memorable and ever-changing adventure. The architecture is derived from international mid-century modern airports, aeronautical design, and the golden age of travel. Artwork from Happy Lucky Studio evokes the abstract patterns in cities, farmlands, and wetlands as viewed from 35,000 feet in the air.