YOU ARE HERE:Home » Brokerage » Six Parcels of Land Sell in Castle Rock for $3.6M
BrokerageDevelopment

Six Parcels of Land Sell in Castle Rock for $3.6M 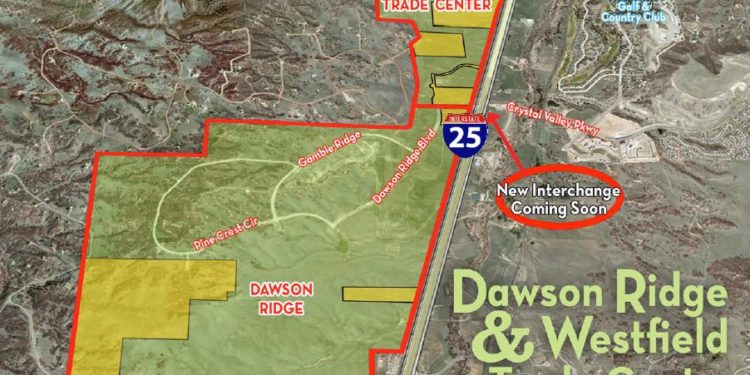 Greenwood Development Group, a local investor/developer has purchased Dawson Ridge and Westfield Trade Center — six parcels of land consisting of 382 total acres located in Castle Rock at the future junction of Crystal Valley Parkway and I-25.

Established in 1989, the 101.6 Acres sold as part of Westfield Trade Center include no infrastructure improvements.
These parcels offer the buyer both residential and commercial development opportunities in booming Castle Rock. Ease of access to these parcels will improve in coming years as a new interchange is planned to connect Crystal Valley Parkway to I-25.

Matt Call and John Witt of NavPoint Real Estate Group represented the seller, Pueblo Bank & Trust, in this transaction that closed in December 2019.

“The entire Dawson Ridge project has been a puzzle various developers have been trying to solve for years. We had a tremendous amount of interest in this asset and believe that Greenwood Development will set things in motion for the entire Southwest Quadrant of Castle Rock.  This is a very exciting transaction for anyone that has been in or around Douglas County and knows about Dawson Ridge, said Call.