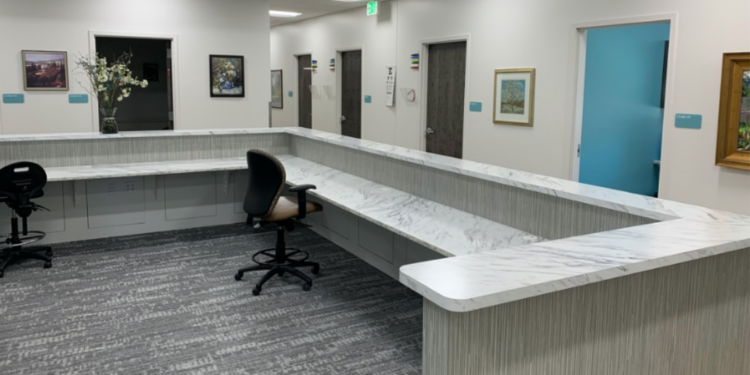 The existing, single-story building had previously been home to several offices and a veterinary clinic. Snyder gutted the entire interior of the building to create a new combined space. The layout includes exam rooms, testing rooms equipped with refrigeration, and an x-ray room. The x-ray room required a shielding study to calculate the radiation output. Lead-lined walls and window frames were installed and testing was performed to confirm radiation isolation to the x-ray room.

Due to the age of the building, it is not equipped with fire sprinklers or fire alarms. To accommodate this and bring the building up to code, Snyder built walls with a higher-than-usual fire rating. The HVAC system was outfitted with a fire damper, which will close down the system if a fire is detected as an added fire protection feature.

LED lighting was installed throughout to upgrade efficiency, and a generator was added to protect vaccines and machines during a power outage.