YOU ARE HERE:Home » Investment » SoftBank Group Commits to Invest $8B in WeWork
InvestmentOffice

SoftBank Group Commits to Invest $8B in WeWork 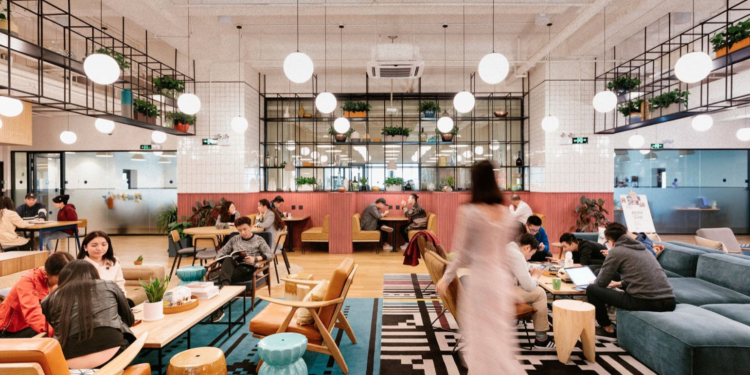 In response to issues regarding cash flow and leadership, The We Co., parent company of coworking office space operator WeWork and Japanese technology conglomerate SoftBank Group Corp have reached an agreement under which SoftBank will provide $5 billion in new financing to The We Co., in addition to a tender offer up to $3 billion for existing shareholders. Additionally, SoftBank will be accelerating an existing commitment to fund $1.5 billion. The agreement will provide WeWork with significant liquidity to execute its business plan to accelerate the company’s path to profitability and positive free cash flow.

After closing, and following the tender offer, SoftBank’s fully diluted economic ownership of WeWork will be approximately 80 percent. Since SoftBank will not hold a majority of voting rights at any general stockholder meeting or board of directors meeting and does not control the Company, WeWork will not be a subsidiary of SoftBank. WeWork will be an associate of SoftBank.

“It is not unusual for the world’s leading technology disruptors to experience growth challenges as the one WeWork just faced. Since the vision remains unchanged, SoftBank has decided to double down on the company by providing a significant capital infusion and operational support. We remain committed to WeWork, its employees, its member customers and landlords,” said Masayoshi Son, chairman & CEO of SoftBank Group Corp.

As part of the agreement, WeWork’s board will appoint Marcelo Claure, chief operating officer of SoftBank Group Corp., to the position of executive chairman of the Board of Directors of WeWork, effective upon closing of the accelerated $1.5 billion payment commitment. Adam Neumann, the founder of the Company, will become a board observer. The size of the board will be expanded and it will receive voting control over Mr. Neumann’s shares.

“WeWork is redefining the nature of work by creating meaningful experiences through integrating design, technology and community. The new capital SoftBank is providing will restore momentum to the company and I am committed to delivering profitability and positive free cash flow. As important as the financial implications, this investment demonstrates our confidence in WeWork and its ability to continue to lead in disrupting the commercial real estate market by delivering flexible, collaborative and productive work environments to our customers. I look forward to helping WeWork realize its vision for the benefit of WeWork employees, members, landlords and communities worldwide,” said Marcelo Claure.