YOU ARE HERE:Home » Brokerage » Stockdale Capital Partners Acquires The Source Hotel and Market Hall in RiNo, Unveils Plans for a Refresh
BrokerageHospitalityInvestment 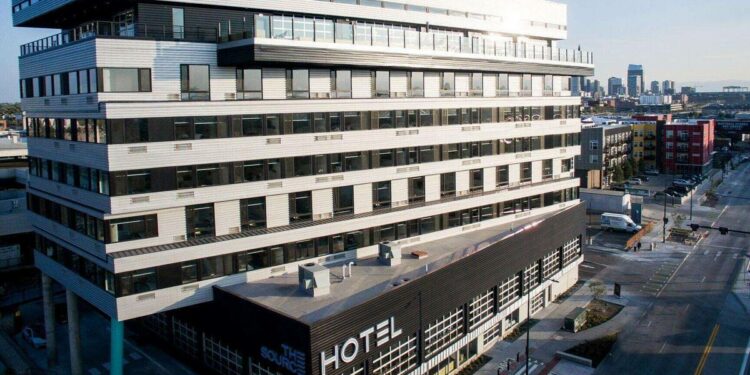 “Stockdale Capital Partners is excited to acquire The Source in the heart of the RiNO district,” said Bill Doak, managing director of hospitality for Stockdale Capital Partners.“The Source’s proximity to restaurants, retailers, breweries, public transit, and
entertainment venues make it attractive to both locals and hotel guests, and we look forward to building upon its success by making significant investments on the property.”

RiNo, one of Denver’s top cultural and entertainment destinations with art galleries, music venues, is home to some of the city’s most innovative culinary, retail, and nightlife offerings. The area is considered one of the most desirable locations for businesses and young professionals and has attracted significant investment during the past decade. Denver, ranked by U.S. News & World Report as the “#2 Best Place to Live in the Nation,” is also the fifth-fastest growing large city in the U.S. with the third-hottest job market in the nation.

Hodges Ward Elliott (“HWE”) brokered the fee-simple sale on behalf of the seller, Zeppelin Development. The sale closed in August, 2022.

“We’re pleased to arrange the sale of the Source Hotel + Market Hall, a premium lifestyle asset that serves as the ‘front door’ to among the most dynamic neighborhoods in Denver,” said Austin Brooks with Hodges Ward Elliott.

Sierra to Open its First Lakewood Location this Weekend