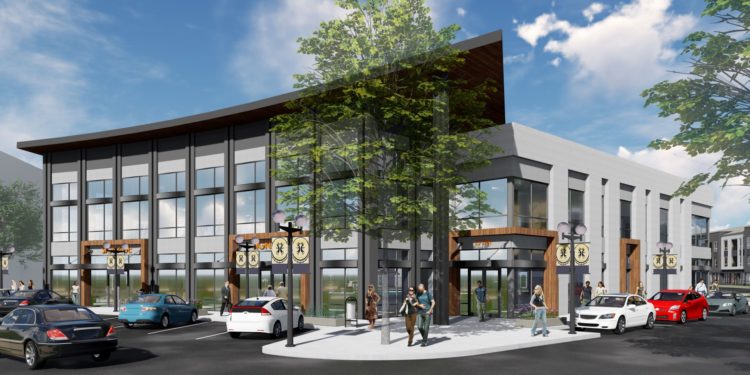 A rendering of Circle Point Clubhouse, courtesy of NKF.

The Dinerstein Companies, a professional property construction, development and management company based in Houston, TX., has purchased 7.8 acres of land at the northwest corner of Westminster Boulevard and West 109th Avenue in Westminster. Dinerstein will build a 261-unit apartment community.

“As multifamily starts to change and grow in the current environment, we are excited to see Dinerstein’s resulting 261-unit multifamily development. An incredible location, the site is immediately adjacent to the Circle Point Corporate Center with nearly 300,000 square feet of Class A office space, and over 305,000 square feet of retail at Westminster Promenade. The site is well-positioned for its future use,” stated Cowan.

Over the past few years, Westminster has seen tremendous growth. Located along the U.S. 36 Corridor, the suburb is 13 miles northwest of Denver and 18 miles southeast of Boulder. Known as the “Silicon Valley of the Rockies”, the 36 Corridor has attracted the highest concentration of technology companies in the state that include Epsilon, the headquarters of Fortune 500 Ball Corporation, Oracle, CenturyLink and Trimble Navigation. As a viable employment hub boasting a multitude of large and small companies, there has been an influx of neighborhood amenities with over 11 million square feet of retail, restaurants and hotels.

According to NKF Research, over the past half-decade, market-rate multifamily rents in the area have grown by an impressive 20+ percent while maintaining an above average occupancy rate of 94 percent. With strong surrounding fundamentals at play in a submarket that has experienced tremendous historical growth,Westminster is highly viable for multifamily development and will thrive for many years to come.