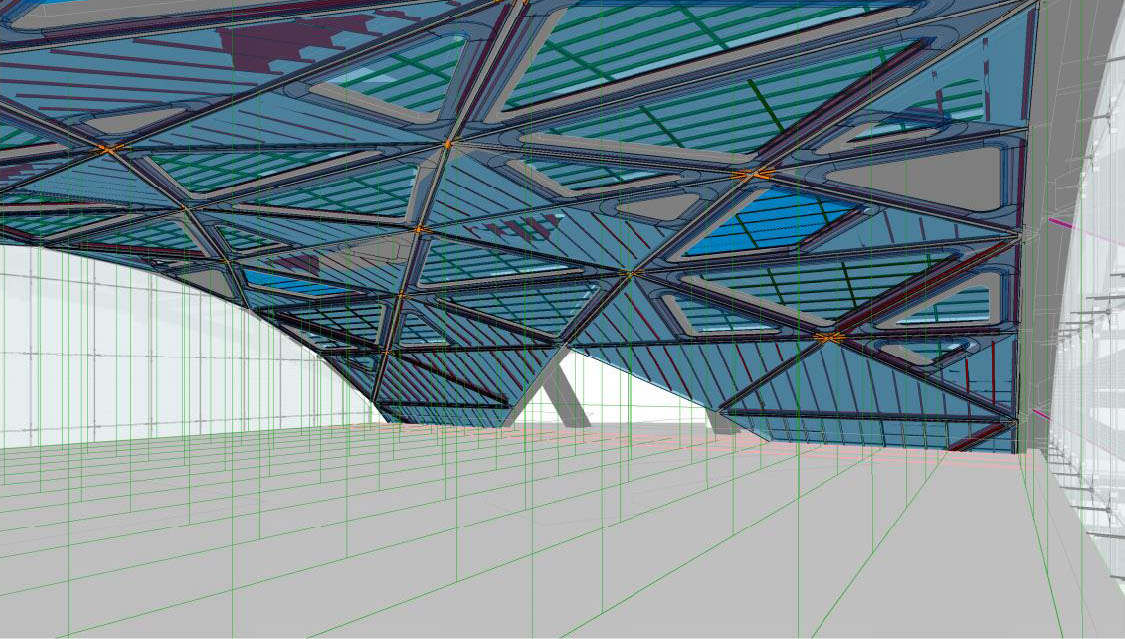 Denver, CO – With the recent opening of the Transit Center at DIA last week, one cannot help but reflect on all of the building elements that played a role in re-shaping the look and feel of the Denver International Airport (DIA). One such element includes the sky lobby.  The Leffler Group provided design assistance and extensive BIM modeling for the sky lobby ceiling structure located on the 6th floor of DIA’s new Westin Hotel and Conference Center.

The suspended ceiling is made out of glass fiber reinforced gypsum that mimics the shape of the exterior steel diagrid which overhangs the north and south ends of the building. The barrel-vault ceiling geometry associated with the design was an engineering feat and showed a true coordination effort of the team to design what is in itself a piece of art.

“The suspended ceiling is a combination of slotted channel framing, traditional wire-hung tee framing, and cold formed steel framing supporting glass fiber reinforced gypsum shapes, gypsum board and custom fabricated aluminum extrusions and fittings. The barrel-vault facets were created by using the structural steel diagrid canopy spring points located on the floor below, the ceiling ridge point, and the centerline to centerline facet dimensions. From this information we determined the swing angles between facets, which in turn defined the geometry of the break metal reveals, and triangular GFRG pieces”, outlined Russ Leffler of The Leffler Group.