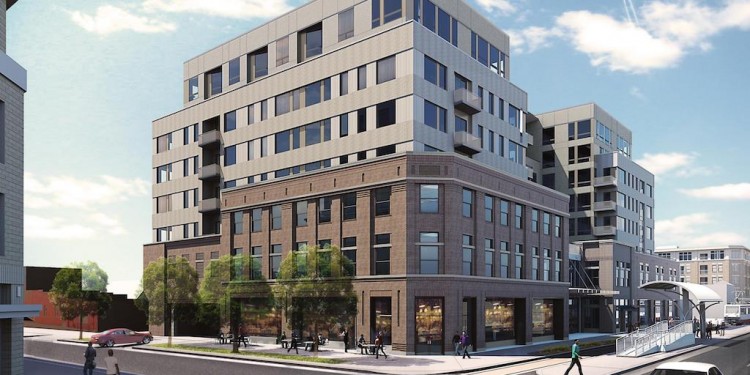 DENVER – Leasing efforts are officially underway for The Lydian, an eight-story mixed-use development at 26th and Welton, in downtown Denver’s historic Five Points neighborhood at 2590 Welton Street.  The leasing office will be located in The Wheatley apartment building at 530 25th Street, as construction continues on the $50 million project that will include 129 apartment residences (22 of the units will be affordable at 80% AMI).

Colorado-based Confluence Companies which has completed 21 residential multi-family projects in the Denver Metro Area since 2010 with more than 2,100 total units, and has five other projects planned or currently under development, is co-developing The Lydian with Palisade Partners .

“There has been growing interest in The Lydian, and now that we’re only a few months away from completion, we wanted to get our leasing team in place,” said Tim Walsh, founder of Confluence Companies.  “Interested residents will now have the opportunity to learn more about The Lydian, and the great new businesses coming to Five Points.”

“The Lydian is located one block from the historic Rossonian Hotel, in the heart of Five Points, one of downtown Denver’s most rapidly emerging and desirable places to live and work,” commented Walsh.  “Along with Palisade Partners we’re proud to be among the first developers to play an active and prominent role in the neighborhood, and we’re looking forward to delivering a signature project for the entire community.  A project of this complexity took years in the making and a partnership with DURA, OED, and 1st Bank to finance.”

The Lydian is on the light rail stop at 26th and Welton, providing residents and office tenants with easy access to DIA, Union Station and the entire light rail system.  The building itself will include a two-story lobby with an open marketplace for shopping, a pool and pool deck on the third floor, a fitness room, and a conference room.  The apartments will range in size from studios to one and two bedrooms.  Ten penthouse units will also be available on the top two floors.