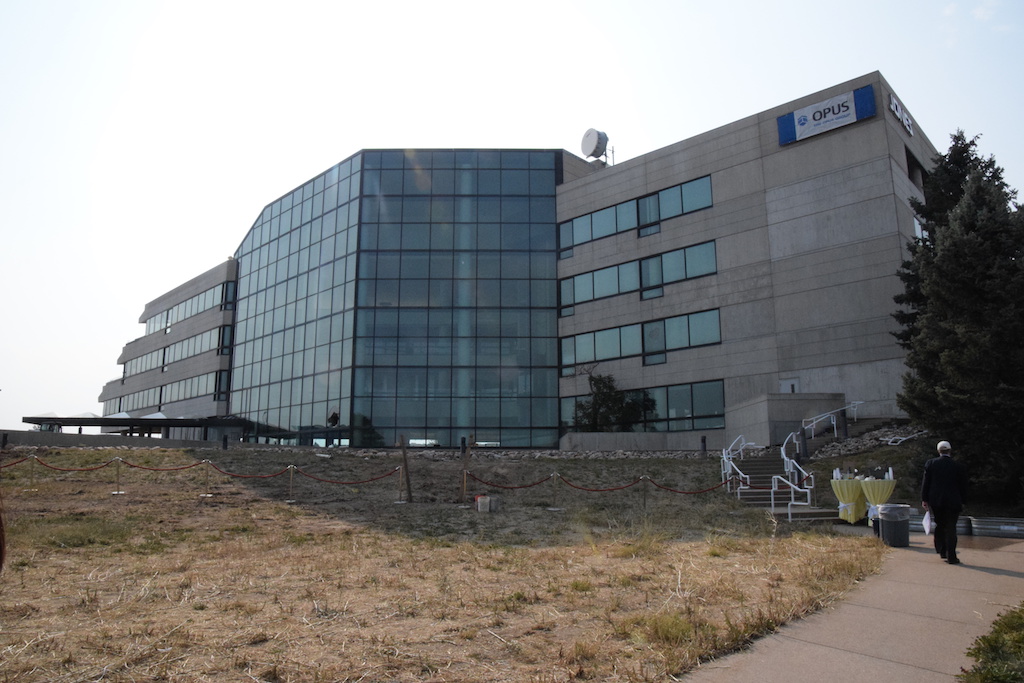 The Jones District™, located at 9697 E Mineral Ave | Centennial was built in 1984.  The 180,000-square-foot Jones building is being demolished as the developer prepares for the next phase of work on the 42-acre masterplanned development that will become a destination to live, work and play. Opus will deliver The Glenn, the first project in The Jones District — scheduled for completion in February 2018 — a six-story, 306-unit, mixed-use, luxury apartment building, will set the stage for what is in store for the community.

With spectacular mountain range views and upscale amenities, the six-story multifamily building will feature pedestrian-friendly retail space on the ground floor. For residents, there will be an abundance of amenities such as a designated office space, a fitness center, an outdoor pool and hot tub, a fire pit and outdoor landscaped grilling areas. The sixth floor will feature a club room and an outdoor deck with dramatic views of the Front Range.

Conveniently located just west of the I-25 corridor with direct access to the Denver Light Rail system, The Jones District will be Centennial’s largest commercial development. In addition to being regarded as one of the safest cities in Colorado, Centennial ranked 47th out of Money Magazine’s “100 Best Small Cities to Live” in 2012, with exceptional parks, award-winning schools and abundant business opportunities.

Images courtesy of the City of Centennial.