YOU ARE HERE:Home » Charity » The Votes are in and JE Dunn has Chosen: Boys and Girls Club!
CharityConstruction

The Votes are in and JE Dunn has Chosen: Boys and Girls Club! 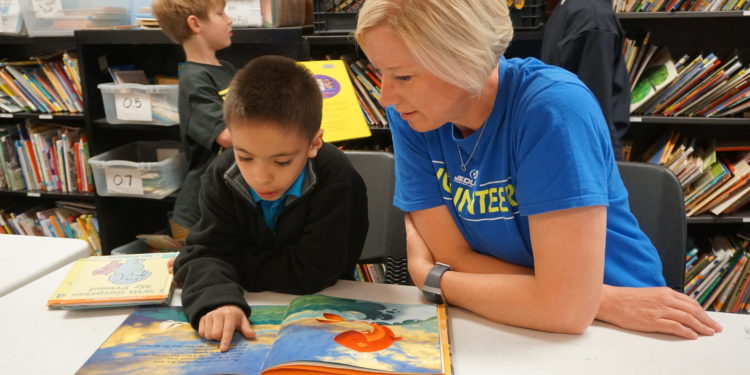 Since 1924, JE Dunn Construction has been heavily involved in the communities where they work. Lucky for them, they have employees who are eager to volunteer and routinely do so without being asked. However, there is one question that they do ask their employees – what causes are YOU passionate about? This simple question and effort of discovery has transformed how JE Dunn’s Rocky Mountain Operations now engages with the community, taking it to a personal level for their employees and those they serve.  After an officewide voting process, two winning categories emerged – education and workforce development. These selected areas of focus brought them to their partnership with the Boys and Girls Club. 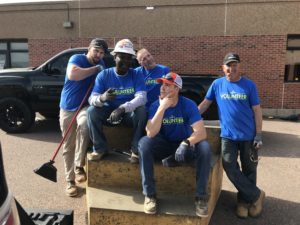 JE Dunn’s relationship with the Boys and Girls Club began in 2017 at the Boettcher Club, where employees read to students and participated in arts and crafts – it was a hit! Volunteers had so much fun and were thrilled to be able to witness the impact of their participation first hand, they knew they had to do more. The following year, as part of JE Dunn’s annual United Way Campaign, the focus was placed on the Boys and Girls Club which has been a United Way partner agency for many years.

During the campaign period, JE Dunn jobsite teams planned and participated in volunteer events at Clubs in their jobsite neighborhood. Denver office employees gave their time to the Owen’s Club, reading with students and making lava lamps, while JE Dunn’s Colorado Springs employees donated their talents to the Boys and Girls Club of the Pikes Peak Region to build shelves in their snack shop and hang a projection screen, followed by a game of carpetball were they were beat soundly by the students!

From that campaign, employees gained more interest in helping with the Boys and Girls Club, so they continued to find volunteer opportunities at various local Clubs. One stand out event, hosted by JE Dunn’s UCCS Hybl Sports Medicine and Performance Center project team, in which they partnered with Encore Electric, included placement of a concrete pad, repairing stadium style seating, and fixing miscellaneous doors and electrical items for Boys and Girls Club of the Pikes Peak Region. These were all items that the club desperately needed to get fixed and by working as a team and taking time out of their busy schedules, they were able able to step in and get that Club running like new again, so they could continue to have a fun and safe environment for their Club members.

JE Dunn’s next Charity Golf Tournament will be hosted on June 1st, 2020, once again benefitting Boys and Girls Club of Metro Denver.