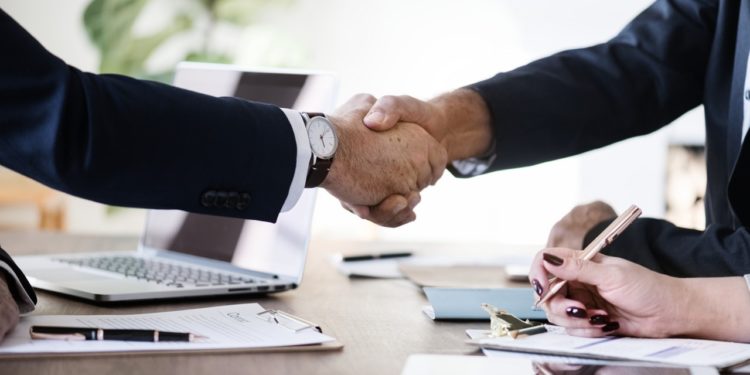 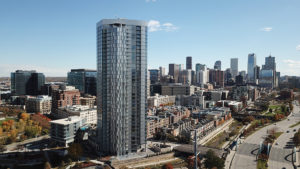 HFF secures $75M Financing for The Confluence in Downtown Denver

Holliday Fenoglio Fowler, L.P. (HFF) announced it has arranged $75 million in financing for The Confluence, a 287-unit, luxury residential tower in downtown Denver, owned by a partnership between National Real Estate Advisors, LLC (National), acting on behalf of a client, and PMRG, which recently merged with Madison Marquette.

HFF worked on behalf of ownership to secure the 10-year, fixed-rate loan through a life company lender.  Loan proceeds are being used to retire existing construction debt.  HFF previously arranged the joint venture partnership between PMRG and National in 2013 at the start of the project’s development process and later procured construction financing for the partnership in 2015.

The Confluence is situated on 1.21 acres at the southwest corner of 15th Street and Little Raven Street in the Riverfront Park area of the Denver CDB.  The live-work-play property is walking distance to public transportation at Union Station as well as the city’s largest concentration of office space and numerous entertainment/lifestyle amenities. 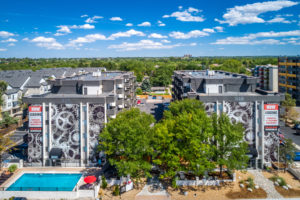 Built in 1974, 180 Flats contains 142 one and two-bedroom units across two rental buildings on 2.14 acres. Community amenities include a business center with WiFi, fitness center and outdoor pool and grilling area. The property has seen extensive capital improvement over the past several years and prior to this sale the seller renovated a number of units with upgraded flooring, lighting and kitchens, leaving a large majority of the units ripe for continued renovation.

180 Flats is located at the corner of South Dexter Street and East Kentucky Avenue, a few blocks east of Colorado Boulevard in the heart of Glendale. The area has served as a hotbed for recent economic development, including the high-profile Glendale 180 and 9th & Colorado mixed-use projects.

“The east side of Colorado Boulevard in particular has seen a burst of investment activity with many multifamily communities trading over the past three years. With most of these properties undergoing extensive capital improvements, it has raised rents across the submarket, which only serves to sustain investor interest,” added Dan Woodward, executive vice president, CBRE. 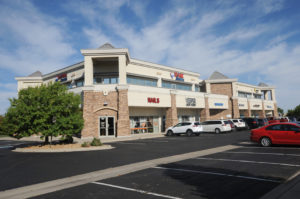 The Twenty Mile Mercantile building has long stood as a popular commercial center in Parker. Tenants like Core Power Yoga, Re/Max Alliance, Tealeaves Café, and others draw hundreds of locals to the center each week. The building’s strongest selling point is its unique position across the street from the new West End on Mainstreet development project. West End will serve as a multi-use retail, residential, hospitality, culinary, and entertainment complex focused on providing a high-quality destination unique to Parker. With its integration into the new development, Twenty Mile Mercantile is set to benefit greatly from the area’s increased investment and commercial traffic.

Twenty Mile Mercantile represents a rare opportunity to invest in Parker’s booming West Mainstreet corridor. Along with the advantages of its location near the West End project, the building is within walking distance of over 1,400 multi-family units, a short drive from Downtown Parker, and enjoys the security of several long-term tenants. The deal closed on March 13th. Nick Nickerson, Patrick McGlinchey, and Mitch Trevey of Trevey Commercial Real Estate represented the seller, Twenty Mile Mercantile, LLC. Steven Jones of Re/Max Masters Millenium represented the buyer, 116 Mott St. Realty Corp. 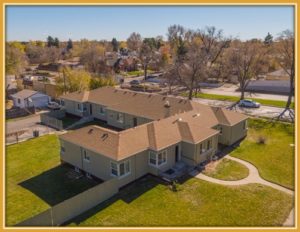 Nexus Commercial Realty, LLC, closed on the sale of 4101 MLK Blvd, a 7-unit multifamily property consisting of 6,176 square feet for the sale price of $1,495,000.  Sean Holamon of Nexus represented the Seller, Apex Real Estate Solutions, as well as the Buyer, Greenbush and SXI Properties LLC.

The property sits on a large 18,700-square-foot lot and the unit mix consists of four two-bed units and three one-bed units. The seller made major renovations to the property before taking to the market as a turn key asset with a 6+ cap return.

4101 MLK Blvd is conveniently located close to the intersection of Colorado Blvd and MLK Blvd, in North Park Hill about 1 mile from City Park and the Denver Zoo.

The Buyers were attracted to the neighborhood and the quality of work completed at the property. They plan to increase rents as leases expire to maximum their return.