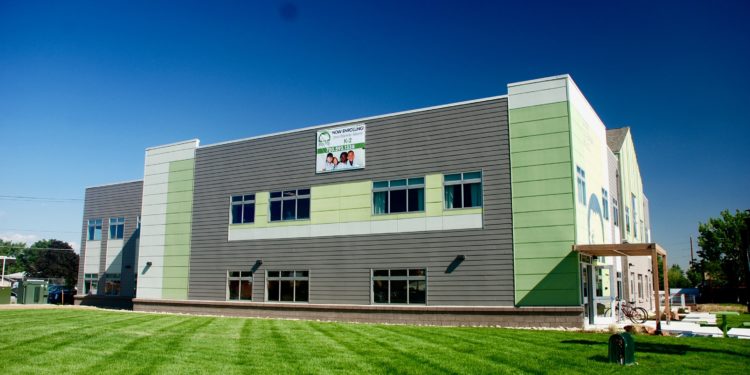 Urban Land Conservancy (ULC) has purchased the former Roots Elementary School building located at 3350 Holly Street in Denver’s Park Hill neighborhood. ULC owns the land under the building in its community land trust to preserve the property for community beneficial use. The 99-year ground lease created an opportunity for The Center for African American Health (CAA Health) to be selected through a community process to re-locate to the Holly Square property.

“Without ULC’s community land trust and our ability to retain ownership of the Hudson building, we would not have been able to re-engage with the community to decide which nonprofit’s services would be most beneficial in this location,” states Erin Clark, ULC’s VP of Master Site Development. “We are thrilled to partner with The Center for African American Health and know they will provide invaluable services to Northeast Park Hill and other north Denver neighborhoods.”

As a Family Resource Center, The CAA Health will be uniquely positioned to serve as a central meeting point and organizing entity for other area service providers. The CAA Health plans to complete interior capital improvements and has entered into a lease with an option to purchase the building to support program expansion. Through its ongoing Capital Campaign, the CAA Health has already secured significant foundation grants and is actively seeking additional funding to support the acquisition of the building from ULC outright within the next three years.

“We are honored to have been chosen by HARP and ULC to move into the former Roots Elementary School building. We are grateful for the philanthropic support that created this path to ownership for our organization and deeply appreciate the capital investments we have received from the Buell Foundation, Gates Family Foundation, The Colorado Health Foundation, The Colorado Trust, Caring for Colorado Foundation, and SCL Health,” said Deirdre Johnson, The CAA Health’s CEO & executive director. “The CAA Health is dedicated to improving the health and well-being of African Americans in Metro Denver by offering community-based, evidence-based, disease prevention and disease management programs, events, and services. We are thrilled to expand our services in this community.”

ULC purchased two parcels at Holly Square, formerly the Holly Shopping Center, in 2009 after a large portion of the property was destroyed due to arson perpetrated by local gang members. ULC worked with neighborhood stakeholders to form HARP to identify community partners to build new structures and create safe gathering space for the neighborhood. Holly Square became home to the Jack A. Vickers Boys and Girls Club in 2013.

The Center moved into the building on January 30, 2020, and plans to sublease space to other community-serving entities.