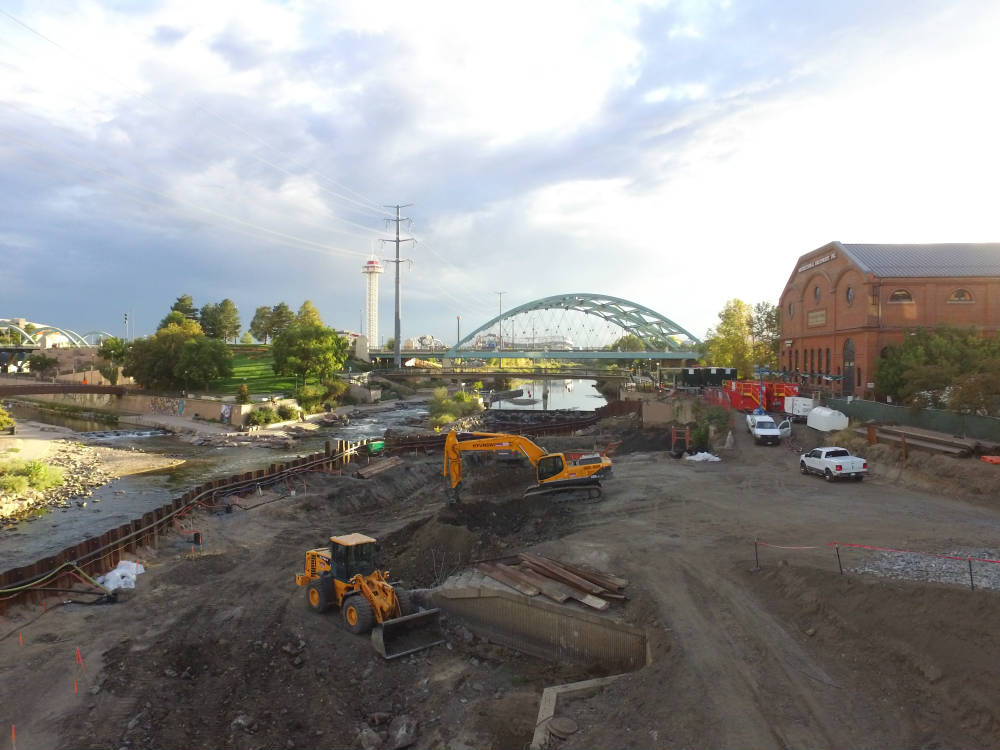 Earth Services & Abatement (ESA) was hired to dewater the Confluence Park site and, once dry, remove the coal tar contamination, taking on the added risk of the environmental impacts of the project.

Denver, CO—Ebb and flow, words usually used to describe water movements, serve a dual purpose in describing the actions necessitated by the construction team for the Confluence Park Soil and Water Remediation project. Unforeseen site conditions and weather fluctuations forced the construction team to ebb and flow its approach in order to help bring the project to fruition.

The Confluence Park 2013 Master Plan is a multi-phased master plan that includes an area known as Shoemaker Plaza, along 15th street, adjacent to the REI Building in Denver. The construction of the Shoemaker Plaza began in early 2015, with ECI Site Construction Management hired as the general contractor at a contract for $4.2 million. The construction team was first forced to ebb and flow with the project based on the discovery of coal tar in May of 2015. This contamination issue shut down the project for 15 months, and caused the project team to seek out various alternatives to keep this highly-publicized project on course.

A critical part of managing the ebb and flow of the Confluence Park project included the addition of Earth Services & Abatement, Inc. (ESA) to the construction team. ESA has a long history of working with the City and County of Denver, dating back 19 years, and is known for handling complicated remediation projects. ESA was hired to dewater the site and, once dry, remove the coal tar contamination, taking on the added risk of the environmental impacts of the project. “There is always a concern when de-watering a project, especially with high levels of contamination. We took a conservative approach at Confluence Park with three water treatment trailers on-site at one point, running an elaborate dewatering and contamination removal system,” commented Kory Mitchell, President of ESA.

The approach paid off, in that out of the 50 million gallons of water treated, none of the water samples were above the regulatory limits for water discharge, according to Mr. Mitchell. He explained that ESA engaged in a value-engineering process with the City as well as the State health department to develop an agreement for discharging the water. He goes on to say that “Discharging water is a sensitive issue because no one wants to take on the responsibility of possibly discharging contaminants back into the river, which is why we put together a top notch team and worked closely with regulators to stay ahead of any complications.”

The Confluence Park project progressed with ECI and ESA working alongside each other. ESA worked with ECI to keep the project site dry by pumping and filtering the water so that it was clean enough to discharge back into the river. This allowed ECI to keep working and pour concrete. The use of sheet walls versus concrete walls alongside the river helped minimize the amount of contaminated soil that needed to be moved.  Another cost-saving measure included the use of pre-cast concrete for the terracing, which only takes about 7 days, versus the more traditional cast-in-place method, which would take 1.5 months.

The Confluence Park project presented unique challenges and unforeseen issues the construction team had to overcome. Moving with the ebb and flow of the South Platte River and the conditions therein, the construction team implemented several innovative tactics, and effectively used their resources to help transform the South Platte River from a dumping ground into a recreational area that will represent the next generation of Denver’s parks. ECI will continue the transformation of Confluence Park with estimated completion in Fall 2017. 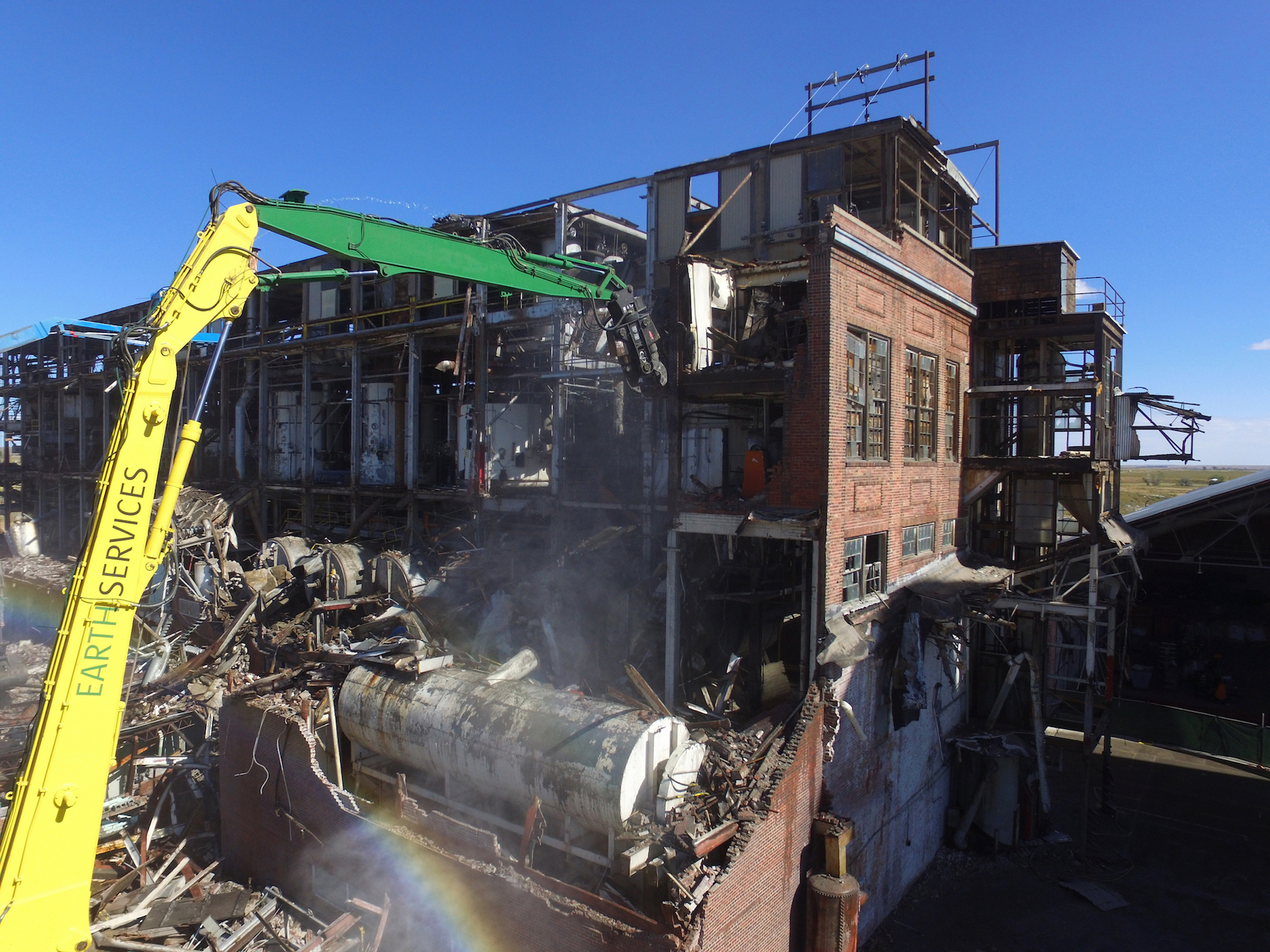 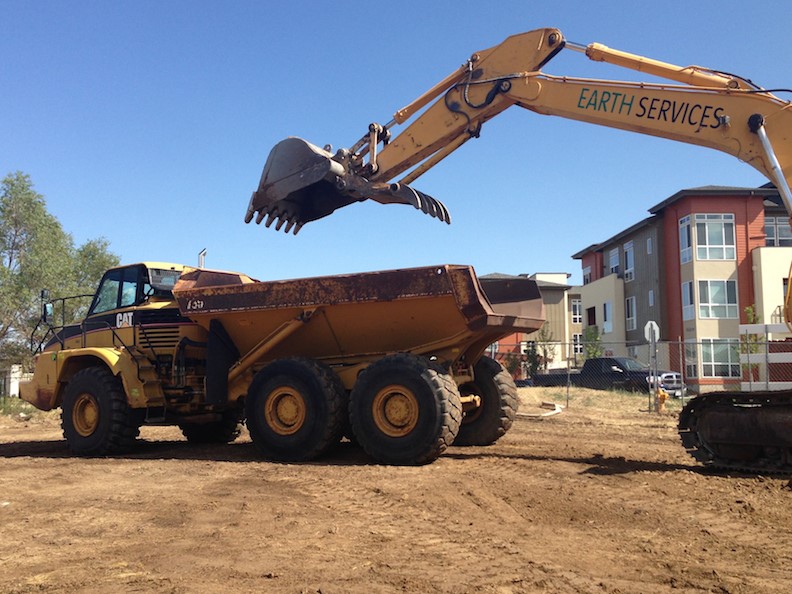