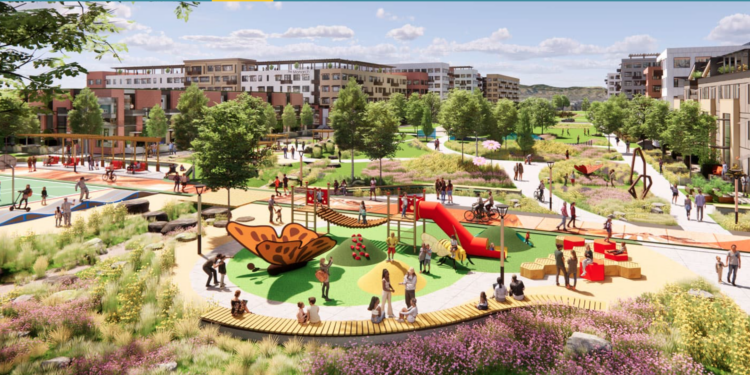 Just one day after a supermajority of Denver’s City Council moved the future of the Park Hill Golf Course to a city-wide vote, “Yes for Parks and Homes” has officially launched as the supporting issue campaign. With the Council’s 11-2 decision, the opportunity to help solve Denver’s affordable housing crisis and create 100 acres of new public parks will be in the hands of every Denver voter. As a sign of its grassroots strength, Yes for Parks and Homes has received endorsements from nearly two dozen housing, environmental and civic organizations serving the Denver metro area.

“Yes for Parks AND Homes! We are facing short- and long-term crises with our affordable housing shortage and climate change. This is a unique opportunity to address both. Repurposing a defunct golf course into an actual community asset where people can afford to live should be everyone’s priority. This is the future of Denver, and it needs to finally get started” — Heather Lafferty, Habitat for Humanity Metro Denver CEO.

With a YES vote, Denver can turn the former golf course into hundreds of new affordable homes and Denver’s 4th largest public park. The vision approved by City Council includes legally binding commitments for more than 550 units of permanently affordable housing within minutes of mass transit and at least 100 acres for new public parks and green spaces. Because the land is privately owned and closed to the public, it is not and never has been open space – but that can change on April 4.

“Governor Polis’ State of the State address underscored that affordable housing is the defining challenge of this generation. Voting to lift the conservation easement creates thousands of new housing units, including binding commitments for at least 550 new permanently affordable units. We will continue to create wealth-building opportunities through home ownership, in historically excluded communities” —  Stefka Fanchi, CEO of Elevation Community Land Trust.

With a YES vote, Denver voters can set a series of legally binding obligations on the landowner into motion. These commitments create guarantees on the amount and types of affordable housing built on the site and include the donation of land and more than $24 million for new parks and open space.

“Many American cities face a lack of affordable housing for its citizens. Soon, Denver will be able to create at least 550 permanently affordable homes, a new regional park, and a vibrant neighborhood center for small businesses. Imagine that!” — Kevin Marchman, former executive director of the Denver Housing Authority.

With a YES vote, Denver can end decades of underinvestment in Northeast Denver through an enforceable contract between the community and the landowner. Park Hill can finally have a grocery store in what is now a food desert, as well as millions of dollars in developer-funded public improvements, the 303 ArtWay Heritage Trail, jobs and workforce training, priority consideration of women- and BIPOC-owned businesses for procurement of goods and services at the development, and financial assistance to offset rising property taxes. Denver can also vote to ensure new community benefits paid for by the developer, including amenities like a field house and sports fields, more than 1,000 new trees planted, improved biodiversity and restored pollinator habitats through an innovative partnership with Butterfly Pavilion.

“Wonderbound is proud to be a part of the Northeast Park Hill neighborhood, and we are excited to have seen a thoughtful and highly-scrutinized plan come out of the visioning process. We support the plan’s findings and believe it to have the best interests of the area’s residents and business owners in mind” — Dawn Fay, Wonderbound president.