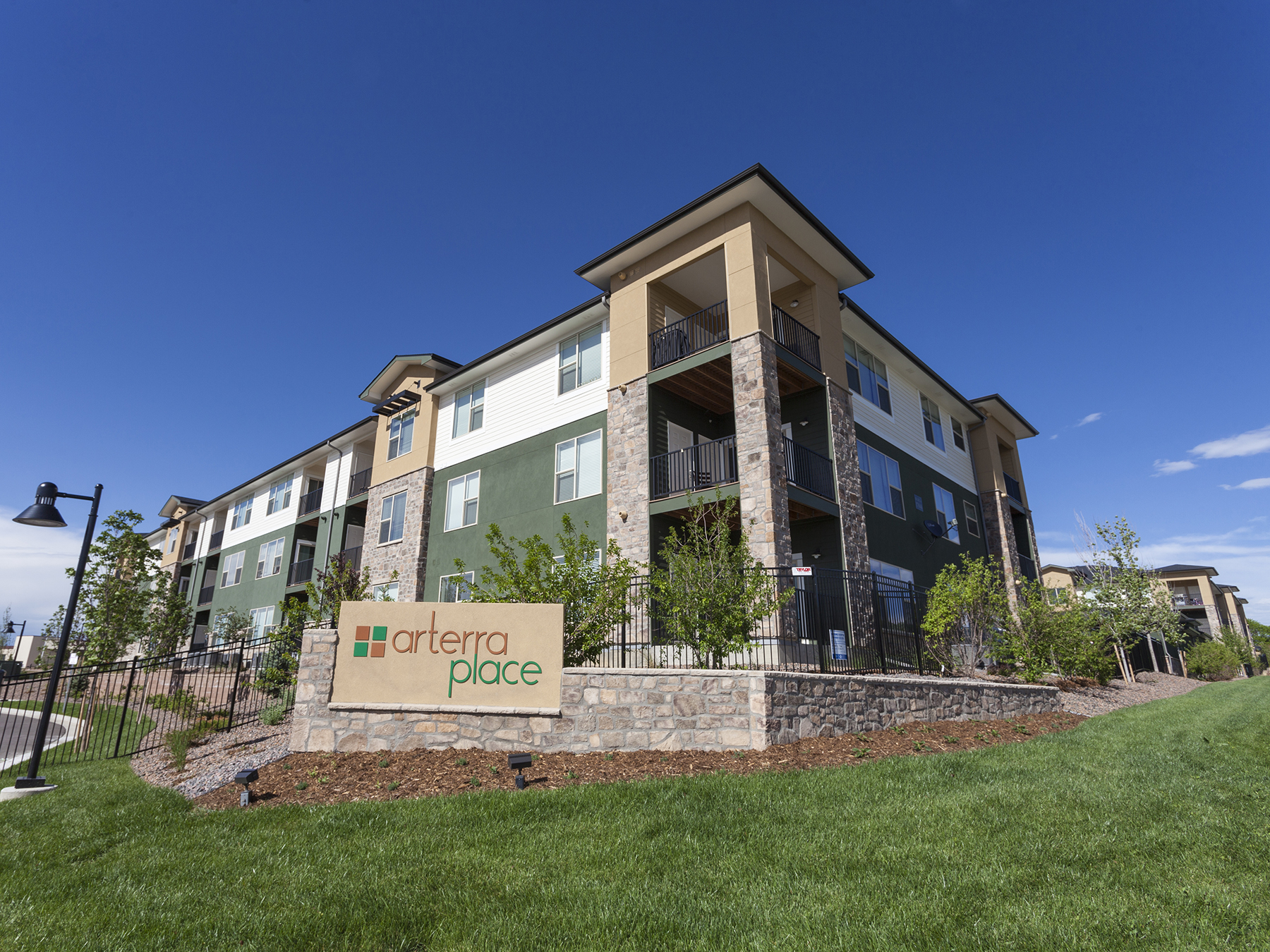 “Arterra Place was brought to market as the property was completing lease-up and sold after the final certificate of occupancy,” said Dan Woodward, senior vice president, CBRE Denver Multifamily Investment Properties. “The buyer was attracted to the opportunity to own a newly built, Class A, award-winning development in an area with limited new construction activity.”

Completed in 2015, Arterra Place consists of 200 one-, two- and three-bedroom units across eight buildings with an average size of 955 square feet. Jordon Perlmutter & Co. both developed and designed the property. In business since 1952, the Perlmutter name is responsible for developing more than seven million square feet of commercial properties and currently manages and leases a portfolio of over 2.3 million square feet across the Denver metropolitan area.

“We are extremely proud to have had the opportunity to deliver such a high-quality residential community to North East Aurora,” said Jay Perlmutter, principal, Jordon Perlmutter & Co. “The proximity to DIA, Fitzsimons Medical campus, Buckley Air Force Base, Northrop Grumman and Raytheon was the catalyst for Arterra Place to strategically locate in this important business hub.”

Rent has grown by 12.6 percent in the Aurora submarket since last year, partly attributable to the community’s population growth. Over the past 15 years, the population within a five-mile radius of Arterra Place has grown by 20 percent, and the population is expected to increase another seven percent over the next five years (Source: CBRE Econometric Advisors).

“Aurora’s outstanding population growth is fueling a demand for housing that Jordon Perlmutter & Co. was smart to recognize,” said Matt Barnett, first vice president, CBRE Denver Multifamily Investment Properties. “Arterra Place was the only new project to be delivered within the submarket last year, and that—in hand with rent and population growth and the location’s proximity to high-quality employers at Fitzsimons Innovation Campus and Denver International Airport—made the opportunity appealing to investors.”