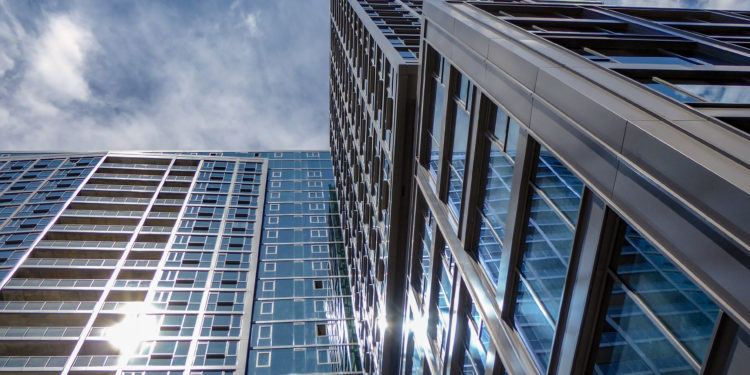 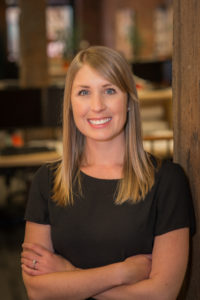 Shears Adkins Rockmore (SA+R) is a Denver-based architecture, planning, and interior design studio that specializes in urban projects. Kristen Rutledge joined the SA+R team in 2012 and was made an associate in 2019. Her attention to detail is unmatched and has played a big part in her debut project manager roles, helping to lead some of Denver’s highest profile skyline-changing projects. Kristen has worked on the MyBlock project in Washington Park as well as the Platform and The Grand high-rise projects in Denver’s Union Station neighborhood.

When did you know you wanted to become an Architect?

As a young kid growing up in a small town, I was interested in all the right things but didn’t know what that meant for me until I was in high school. My dad is in the residential construction industry and I had a hockey coach that worked in an architecture office, but my exposure to what an Architect did was limited. I recall a teacher saying we are going to do an aptitude test and I was nervous. I knew what I was and wasn’t interested in, but where that left me was somewhere in the middle. On the list of results, architect was high on the list, the others I had already ruled out. As I started to research architecture in more depth; I had an ‘ahha’ moment – this is it; this fits.

What have been some of the most exciting projects you’ve been involved in in recent years?

During my tenure at SA+R I had the opportunity to be a part of some great projects – MyBlock, Platform at Union Station, and most recently The Grand. Each of them have taught me new and unique lessons that I’ve been able to bring to every new project. It was especially helpful to have had Platform under my belt before we started designing The Grand. We knew from the beginning that given their context, both towers would be highly visible and have a role in Denver’s expanding skyline. We wanted to ensure that both buildings had their own unique identity but responded appropriately to the booming Union Station neighborhood. I am now working on an apartment-hotel development in RiNo that comes with a whole new set of complexities.

Having these two major projects under your belt in the Union Station area, what do you feel changed in the district in the time between them and how did you respond when designing the second project?

Context! Platform was the one of the first projects in the Union Station neighborhood while The Grand was one of the last sites remaining to be developed. When we were working on Platform, Union Station was still being renovated, the streets were not in place, the train platform was under construction and we were relying heavily on the masterplan and other team’s design proposals to understand the potential context. During the design of The Grand our team was able to respond to both the newer neighboring context and the industrial history, and that felt invaluable. As a result, The Grand’s site is divided by a woonerf, which set up a very different urban design scheme for this residential community. The South project is a modern masonry building with large, two-story window openings allowing it to sit confidently amongst its larger neighbors, while the 250’ tall north building is more modern and articulated with aluminum and glass. It hosts a roof top pavilion offering panoramic views to residents.

What do you think the Union Station neighborhood needs next, or what projects in the pipeline are you most excited about in this neighborhood?

Given the fact that the neighborhood is essentially complete, I am excited to see how the projects are ultimately accepted and utilized. I really wish that there were more public greenspaces as part of the master plan development for the district, though. The little bit that is available along the 17 th street plaza is always used heavily by the community.

You’ve been on the SA+R team for nearly seven years. What about this firm attracted you to it, and what has helped you stay?

Initially SA+R was attractive because of its team, the way that they practice, and the diverse infill projects they were working on at the time. All of this still holds true today and it’s been really exciting to take a step back after 7 years and see all that we’ve accomplished together. We’re a tight-knit group with a lot of passion and respect for each other and what we do.

While SA+R has designed a lot of multifamily residential projects across the metro area, what else is the firm up to that we should know about?

Our team has been working on the Colorado Academy campus in Lakewood the past couple of years, and we are currently designing our fifth project with them, a Performing Arts Center. Recently, we also completed two restaurants – Chook and Broadway Market – each project has its own personality and adds so much to its neighborhood. Downtown, we have been working on the River Mile Master Plan, Meow Wolf and a new infill hotel with T2 Hospitality.

Which cities do you admire and hope to see Denver potentially influenced by as it continues to grow?

Personally, I have been fortunate enough to travel and live in a number of places. For that, I don’t admire just one city; each place has its own characteristics that authentically define it. Whether that definition is for its density, urban planning or cultural influence, these factors allow a city to tell its own story of where it has been and where it has the potential to go. I think Denver has grown up a lot in the past 10 years but still reflects its own rich history. I hope that continues to hold true for the rest of this major growth cycle.