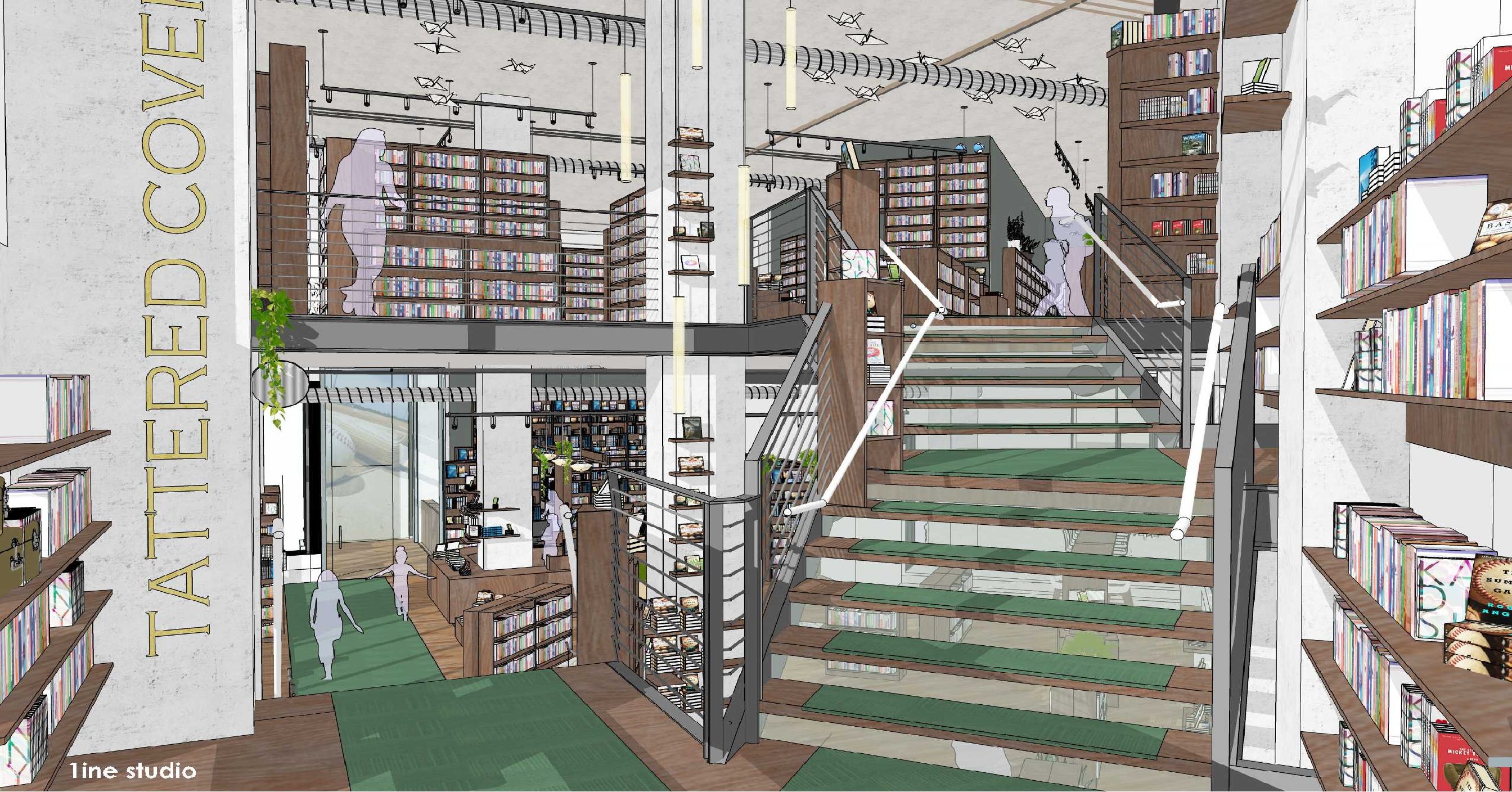 After 26 years, Tattered Cover Book Store will move from its current location at the corner of 16th and Wynkoop, to McGregor Square, the new multi-use development being built adjacent to Coors Field. The iconic Denver bookstore will open in its new location in the first quarter of 2021.

“We are incredibly excited for the opportunity and proud to be part of McGregor Square,” said Tattered Cover’s co-owner and CEO Len Vlahos. “The McGregor Square development will be a boon to the ballpark and LoDo neighborhoods, and given the strong local flavor of the project, it’s a great fit for Tattered Cover. This move, when combined with our existing satellite store in Union Station, will ensure we continue to have a significant presence downtown for many years to come.”

Serving Metro Denver for nearly five decades, Tattered Cover is one of America’s premier independent book stores and remains locally owned and operated. Tattered Cover opened its LoDo location in 1994.  As one of the first businesses to open a new location in a once forgotten part of the city, Tattered Cover has played a key role in lower downtown Denver’s revitalization.

The McGregor Square Tattered Cover will be on the first two levels of the private residence building, located at 20th and Wazee. This Tattered Cover will feature a grand staircase, harkening back to both the original LoDo store and the legendary former Tattered Cover location in Cherry Creek. The store will be warm and inviting with significant natural light, and a full selection of books and gifts. This new location will also present a robust calendar of events. 1Line Studio is creating the design and The Laramie Company was instrumental in bringing the partnership with McGregor Square to fruition.

“This was nothing less than perfect timing,” said Dick Monfort, Chairman/CEO of the McGregor Square development group and owner, chairman/CEO of the Colorado Rockies. “Tattered Cover has been quintessentially Denver for 50 years and it is exactly the type of retail partner we were hoping to have at McGregor Square. We always wanted a diverse mix of offerings, and we couldn’t be more proud to have locally-and family-owned Tattered Cover be one of our first public announcements.  And, from a personal standpoint, we are very much looking forward to having such a beloved destination in the first two levels of the McGregor Square Residences building. I am sure my wife and I will be frequent visitors.”

Currently under construction and set to open in early 2021, McGregor Square is one square block bound by 20th, Wazee, 19th and Wynkoop, and is immediately adjacent to Coors Field. McGregor Square will encompass 655,000 square feet of residential and commercial space, featuring a diverse combination of restaurant and retail tenants. Three separate buildings will surround a 29,000-square-foot open plaza that will be activated with events year-round, and the three buildings will house private residences (along Wazee, between 19th and 20th), a 176-room hotel operated by Sage Hospitality (along 20th, between Wazee and Wynkoop) and commercial office space (along 19th, between Wazee and Wynkoop). McGregor Square was designed by architect Stantec and the general contractor is Hensel Phelps.