YOU ARE HERE:Home » CRE People » Breaking Through the Barriers of Gender Bias
CRE PeopleFeature

Breaking Through the Barriers of Gender Bias 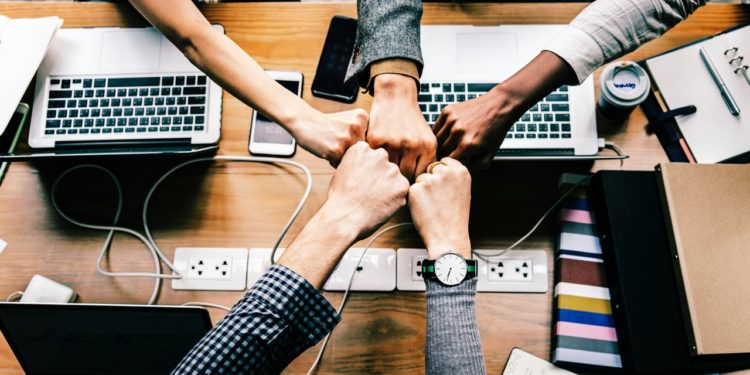 “The days of commercial real estate being an ‘old boys club’ are over,” said Jana Turner, principal, RETS Associates and a former executive of a Fortune 500 global CRE company. Women are more empowered than ever before to make their mark on the industry, to stand up to discrimination and prove themselves as capable as men. But change must come from the top and there still aren’t enough women in CRE leadership positions. Only 9 percent of commercial real estate C-suite positions are held by women.

Denver certainly seems to be headed in the right direction, with many women now holding senior level positions at CRE companies. In honor of Women’s History Month, Mile High CRE asked five prominent females in Denver CRE how they relate to the biggest barriers facing women in the industry today and how the companies they work for encourage more women to take a seat at the table. 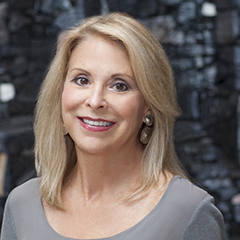 Despite contributing more than $935 billion to the U.S. economy in 2017, Commercial Real Estate lags behind in gender equality, according to a 2018 survey from RETS Associates. Notably, 87.2 percent of respondents agreed or strongly agreed that the biggest challenge facing women in CRE today is equal pay, followed closely by a lack of promotion opportunities and feeling that female opinions aren’t as valued or respected as their male counterparts.

“In my entire career, I believe I have always been paid to some degree, less than my equivalent if it’s a male,” said Kanelos.

According to a 2015 CREW Network Benchmark Study Report there is a 23.3 percent pay disparity between genders. The gender wage gap widens the higher a woman ascends the corporate ladder, with the biggest pay gap in the brokerage field.

While the brokerage industry has a long way to go in terms of women occupying the top seats, progress is being made. JLL’s Denver office now has a handful of female brokers. Janessa Biller, associate broker at JLL and co-chair of the Commercial Real Estate Women’s Network’s Education Committee, believes the firm has done an excellent job recruiting and retaining female brokers, as well as promoting women to brokerage roles by providing stated career paths and additional training opportunities. 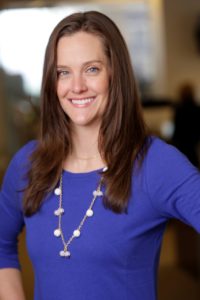 “Many qualities that are considered strengths of women play a large part in brokerage — ability to multitask and to understand the many different moving parts to a deal, the ability to listen and translate what the client is looking for, and the ability to think creatively about negotiation during a transaction,” says Biller.

A study released by CREW Network this year found the percentage of women in brokerage and finance fell between 2006 and 2015, from 39 to 29 percent in brokerage and from 44 to 42 percent in finance. However, asset management and development saw increases in the number of women working in each field and development has actually seen an increase from 23 percent to 38 percent.

In addition to a pay gap, the CREW study showed there is also an aspiration gap. Only 28 percent of women aspire to the C-suite versus 40 percent of men. The majority of women (47 percent) indicated their aspirations topped out at the senior vice president or partner level, and they consider the lack of a mentor or sponsor within their company as the number one barrier to success.

With the continued guidance and mentorship of other female and male mentors, studies show that women are more likely to stay in the industry.

“I have been incredibly fortunate in my experience of being a female broker. I have had a spectacular group of mentors, including Mary Sullivan who was a female investment sales broker for 35 years, and my mother who built and owned her own commercial landscape architecture business for over 30 years,” says Biller.

According to Talking Talent, a niche global coaching consultancy leading the gender diversity agenda, men are more likely than women to put themselves forward for a role even if they are not ready, whereas women feel they need to be more capable to accept a promotion. Perhaps this is one reason there are fewer women in leadership positions in CRE. One Forbes article states: “Men are confident about their ability at 60 percent, but women don’t feel confident until they’ve checked off each item on the list.”

Kanelos believes women have to work harder than men to climb the corporate ladder because it is still relatively uncomfortable for some to see a woman in a position of power. “I think there is the perception sometimes among leadership, at some companies, that it’s dangerous to put women out there in front of clients — and that’s completely crazy,” says Kanelos.

“I think we are in the middle of a gigantic sea change and change is difficult for everyone. I think both externally and internally there are barriers and we need to acknowledge both of them,” added Kanelos.

20 plus years ago, work life balance was far more achievable than it is today, when you left work, you left, and there was no checking emails at all hours of the day. Achieving a sense of balance is one of the biggest obstacles for women, especially with the added pressure of raising a family.

“As I have matured I have learned that there is nothing as important as finding balance — you do what you can in the time that you have,” said Kanelos.

Maggie Penman, president of FacilityCorp, which provides full-service property management services throughout the Southwest U.S., is proud to be a certified Women’s Business Enterprise by the Women’s Business Enterprise National Council (WBENC). Penman started her own business in part because she wanted greater work life balance. As a small company, owned by a working mother, with two supervisors who are also working mothers, Penman is able to offer her employees flexibility, something that all women juggling children and working full-time can appreciate.

“I understand where they are coming from because I am also in it. For instance, I try not to email or text them before their kids get off to school,” says Penman.

Before Penman became a business owner, she spent 20 years in the hospitality industry where she had very supportive bosses, both male and female, who gave her great flexibility during her child rearing years. “I think because of that it shaped the kind of boss I am today. I don’t think that women can be happy in the workforce if they know that their children and their home life aren’t being cared for. We want to work and we like to work and we are focused when we are at work because we have other responsibilities outside of work.” 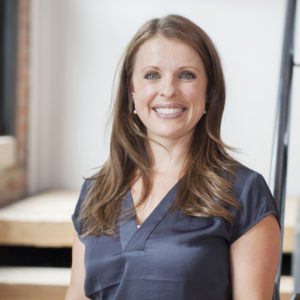 According to a report from McKinsey, a management consulting firm, titled “Delivering Through Diversity,” companies in the top 25th percentile for gender diversity on their executive teams were 15 percent more likely to experience above-average profits. The latest data shows that likelihood has grown to 21 percent.

Project Executive Aubry Teeters at Brinkman Construction is certainly no stranger to being the only female on the job site. As a minority in her field, Teeters describes how a select few people have assumed that her successes  are exclusively a result of special treatment and considerations instead of a result of her ability and performance.

”Male dominated industries are primarily built around functioning with just male participants and so getting the industry to be a little bit more inclusive to women and minorities can sometimes feel like you are swimming up-stream,” said Teeters. “Being a woman in this industry, I’ve been able to bring a different perspective to the table and a different set of skills which has helped make teams stronger.”

Teeters believes that leading by example is the most powerful way to attract more women to the industry. “Brinkman has really focused on supporting and retaining women so that we can continually lead by example and show other women there is a path here.” 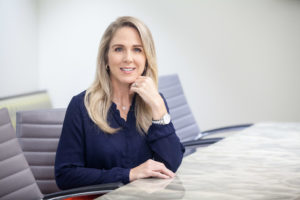 At Small Giants, a full-service marketing firm based in Phoenix and Denver, 90 percent of employees are female, which is something that President Danielle Feroleto feels is a nice balance to have, since the agency exclusively serves commercial real estate and construction, two very male-dominated industries. Feroleto believes that firms have nothing to lose and everything to gain by being intentional in hiring women to round out their teams.

“I spoke at an industry conference a few months ago and may have shared an unpopular view — in my experience women are not held back by men any more or less than they are held back from other women. This might be blunt, but we need to support and encourage one another and celebrate the value that we bring to the industry and be confident in that truth.”

Modular Construction: A Contemporary Approach to a Traditional Process

Commercial Evictions in 2021: Will There Be Calm After the COVID-19 Storm?