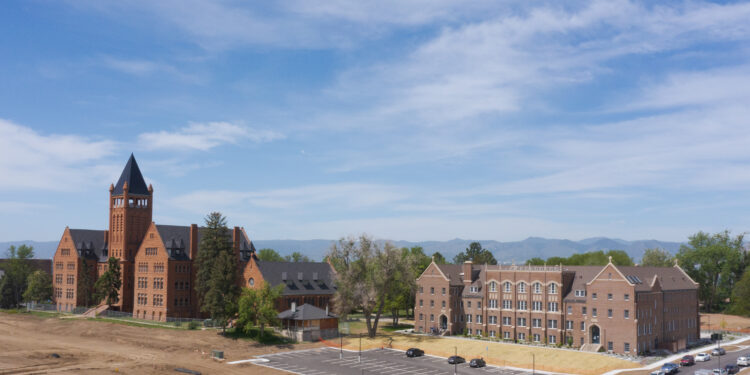 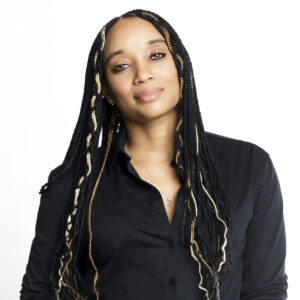 Soaring windows and high ceilings. Halls lined with vintage lockers. EV chargers free for residents’ use. An orchard and grape arbor with fruit free for the picking.

These are just some of the amenities at Pancratia Hall Lofts, a new family-friendly affordable housing complex in the nearly 100-year-old Pancratia Hall, a former dormitory and classroom building at Loretto Heights College.

Located on a promontory in southwest Denver with commanding views of the arching spine of the Front Range, the stately building stands near the college’s iconic administration building from 1890, its bell tower a familiar city landmark visible for miles.

Opened in May, Pancratia Hall Lofts offers studios and up to 4-bedroom apartments for people with incomes between 30% and 80% of the Area Median Income. It is the first finished project of the Loretto Heights redevelopment, which will eventually transform the 70-acre campus into a mostly residential community with various forms of homes, retail, a planned grocery store, theater, the existing Denver School of Science and Technology College View Campus, a historic quadrangle, and other amenities. Pancratia Hall Lofts sits at the heart of this new development, which, when complete, will put residents within walking distance of everything this new community has to offer.

But the distance between imagining gorgeous housing in an old building and bringing it to life is much greater. The pandemic, building code complexities, design challenges, hazmat remediation, along with the requisite cobbling together of investors and funding made the realization of this four-year project even more impressive.

Originally built by the Sisters of Loretto to house young women on scholarship at the College, the building is not only historically significant but also dear to the many women who spent years of their lives there. “It is so great to see the building repurposed,” said Jeannie Lambert Courchene, 1968 student body president at the opening of Pancratia Hall Lofts. “All of it is really amazing. We’re just glad they didn’t tear it down and that the campus will live on. That means a lot to those of us who spent four years of our lives here.”

Completed in 1930, the dormitory and classroom building was named after Mother Pancratia Bonfils, a founder of Loretto Heights College, who purchased the acreage on a hill that would eventually become a beautiful campus and site of an esteemed higher educational institution.

It was clear to developers when they first toured the building that Pancratia had strong bones. The project reunited Jim Hartman and Susan Ely of Hartman Ely Investments and Grant Bennett of Proximity Green, who helped refashion Wheat Ridge’s historic Fruitdale School into stunning market-rate and affordable apartments.

The project is notable for many reasons, among them the capacity to house not only singles and couples but also families. At the behest of the city, the development team revised its plan to include more apartments targeted to families. Thrive and GreenHaus, two new DHA-developed mixed-income apartment complexes coming online soon in the redevelopment of Sun Valley, join Pancratia in offering larger apartments to accommodate families. The two buildings house 264 one-to-five-bedroom apartment homes.

“We need families to find their footing and be able to maintain Denver as their home, so half our units are two-, three- and four-bedroom units. There is a lot of family housing provided in the building, which is rare,” Bennett explained. “With our partnership with DHA as the leasing and property manager, we are confident Denver families can find a home at Pancratia.”

As of 2021 Pancratia Hall became a Denver Historic Landmark and in 2022 was listed on the National Register of Historic Places. Given that it originally housed classrooms on the first two floors and dorm rooms on the upper two stories, the building had to be completely reconfigured into functional apartments with bathrooms, kitchens, and living spaces.

A lot of care was taken to transform Pancratia’s interior into charming living quarters. A gorgeous fireplace and mantle serve as the focal point of a community lounge area. Hallways are now lined with historic photos of the campus and Pancratia Hall. The gymnasium, chapel, and chemistry lab, and even some reclaimed attic spaces have been reimagined into creative spaces for modern living. The gym became two multi-level units with exterior patios, spiral staircases, wood flooring and backboards with basketball hoops retained. The chapel was converted into an inspiring three-bedroom apartment with 18-foot wood-vaulted ceilings, restored light fixtures and stained glass. Another unit gains its character from vestiges of the old chemistry lab with features like oversized windows and built-in wood-and-glass cabinetry and blackboards. Additionally, an emerging trend in affordable housing is to include features of market rate housing, which is the case for Pancratia Hall Lofts. Units include quartz countertops, stainless steel appliances, oversized windows, modern finishes throughout, high ceilings, and community spaces including a fitness area with equipment.

“The building is spacious and light-filled,” Bennett said. “It feels welcoming. Walking in the door, there’s this sense of grandeur that’s now your home.”

The team focused on making the building and grounds as sustainable as possible, earning it Green Communities Certification, a designation for affordable housing developments. The building is now all-electric. State-of-the-art windows were installed, along with energy-efficient HVAC systems, appliances and lighting, new insulation, and low-water plumbing fixtures. Though turf in the quadrangle was retained, landscaping is primarily low water.

The project has started amassing awards, among them the city’s Energize Denver 2022 Award for Equity and Community Impact, a Community Preservation Award from Historic Denver.

Originally constructed to house young women on need-based scholarships, today Pancratia Hall Lofts provides income-restricted housing for individuals and families, perpetuating the legacy of the Sisters of Loretto, whose work was informed by charity, mercy and justice. At this writing, Pancratia Hall Lofts is about 70% leased with 52 of its 74 apartments rented.

“To meet the needs of working-class citizens such as police officers and teachers and ensure they have a nice place to live is very rewarding,” said Angela Fletcher, director of housing management at DHA. “Once you have housing and shelter other things fall into place.”