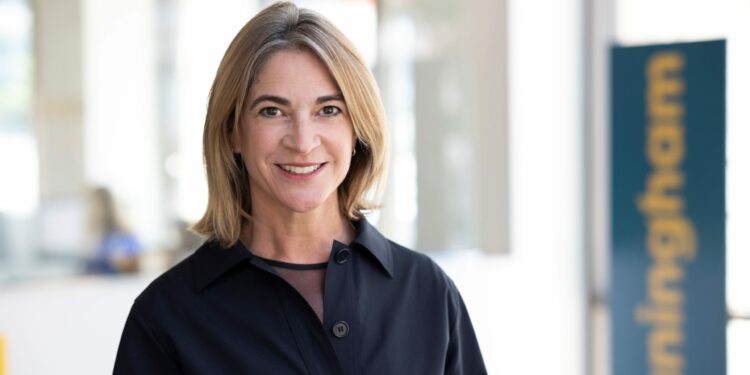 After a four-year effort to better understand the firm’s impact on the global environment, Cuningham — which has over 260 employees across six U.S. offices, including Denver — is now making a commitment to reduce and offset 100 percent of its Greenhouse Gas (GHG) emissions from all Scope 1 and 2 sources, plus a large portion of its Scope 3 emissions.

“Knowing your company’s emissions profile is critical to being a steward of the environment,” Cuningham Chief Executive Officer Jacqueline Dompe says. “However, the real work of restoring the earth comes from creating a climate action plan to reduce it. That is why we are so excited to announce Cuningham is officially Net Zero Carbon.”

According to Cuningham Director of Regenerative Design Paul Hutton, the firm spent the past four years watching and tracking its Scope 1, 2, and 3 emissions.

Per EPA, Scope 1 includes emissions under a company’s direct control, typically including vehicle fuel and fossil fuel consumed at a company’s facilities. Scope 2 covers indirect emissions and includes primarily purchased electricity for offices and electric vehicles. Scope 3 is everything else that a company does.

For the purposes of their study, Cuningham included air travel, travel to meetings and jobsites, vehicle rental and ride share services, paper use, and electronic equipment in their Scope 3 emissions.

“Over the past four years, our GHG emissions have fallen from a high of 5.73 metric tons per employee per year to 2.21 metric tons per employee per year,” Hutton says. “This constitutes a 61 percent reduction resulting from a combination of changes in company policy and work-from-home efficiencies. While we are proud to have reduced our emissions this much, we won’t stop there.”

As Cuningham continues finding ways to expand their analysis and reduce the firm’s GHG emissions across all three scopes, they are also purchasing offsets from Climate Vault for the small remainder of emissions they cannot eliminate on their own (i.e. leased real estate and goods and services contracted from third party vendors).

Hutton clarifies that, while no offset approach is perfect, Cuningham believes Climate Vault does an excellent job providing accurate and defensible offsets.

“At Cuningham, we have a clear and genuine shared belief throughout the firm that design must be regenerative, achieve ecological benefit, and promote social well-being,” Dompe says. “Therefore, becoming Net Zero Carbon in our internal operations is done in parallel with our commitment to reduce GHG emissions in the projects and experiences we create.”

Cuningham, which signed the Architecture 2030 Challenge over a decade ago, is committed to taking all projects to Net Zero Carbon by the year 2030. In 2021, the average GHG reduction in the firm’s projects was 56 percent compared to the baseline year provided by the Architecture 2030 Challenge. That puts Cuningham in the top 10 percent of firms belonging to the AIA Large Firm Roundtable.

“As we continue to create enduring experiences for a healthy world, going above and beyond this commitment remains our top priority,” Dompe says.